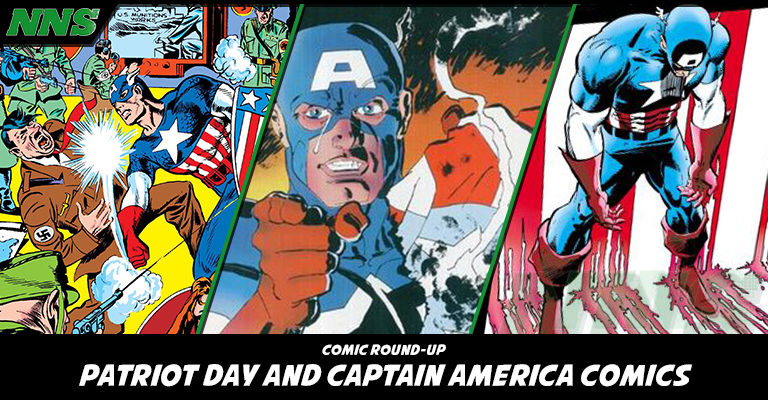 Today’s date will stay in the memories of so many of us for the rest of our lives. I remember exactly where I was September 11th, 2001. I was in class in high school when we heard the news. I remember the classroom and the people around me. At this point in my life, besides the Northridge earthquake of ‘94, this was one of the scariest moments that has happened to me.

Today we will honor the memory of the nearly 3,000 people who were killed in the September 11, 2001, terrorist attacks and remember those who risked their own lives to save others.

Some weird historical dates of “Patriot Day and National Day of Service and Remembrance”. Quite interesting in my opinion and I’ll leave it at that.

To me, and to many others, today is a very serious and important day. But today is also Comic Round-Up day! So I would like to recommend my top three very bias comic book recommendations with my favorite patriotic supersoldier, Captain America! 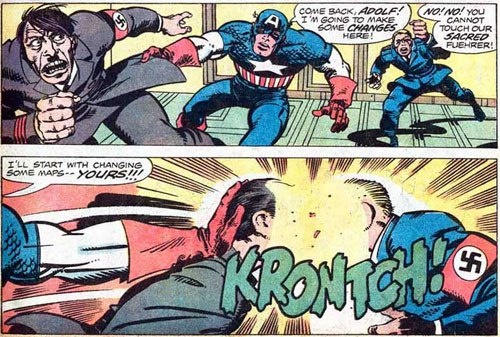 What better way to introduce a hero clad in the American flag during World War II than by showing him decking Hitler? Simple and effective, we have Joe Simon and Jack Kirby to thank for this one. 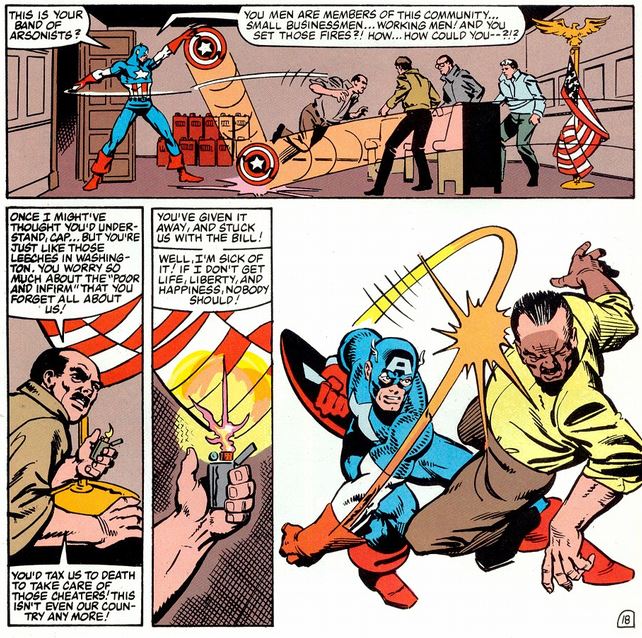 A gang of disgruntled citizens are burning down buildings to extort money from the government. Captain America is sent in to stop them and when he confronts the head of the group, the villain tries to burn a nearby U.S. flag. Cap then beats the shit out of him before he can. Defeated, the criminal sets himself on fire to avoid being arrested and Cap flees the burning building, flag in hand. 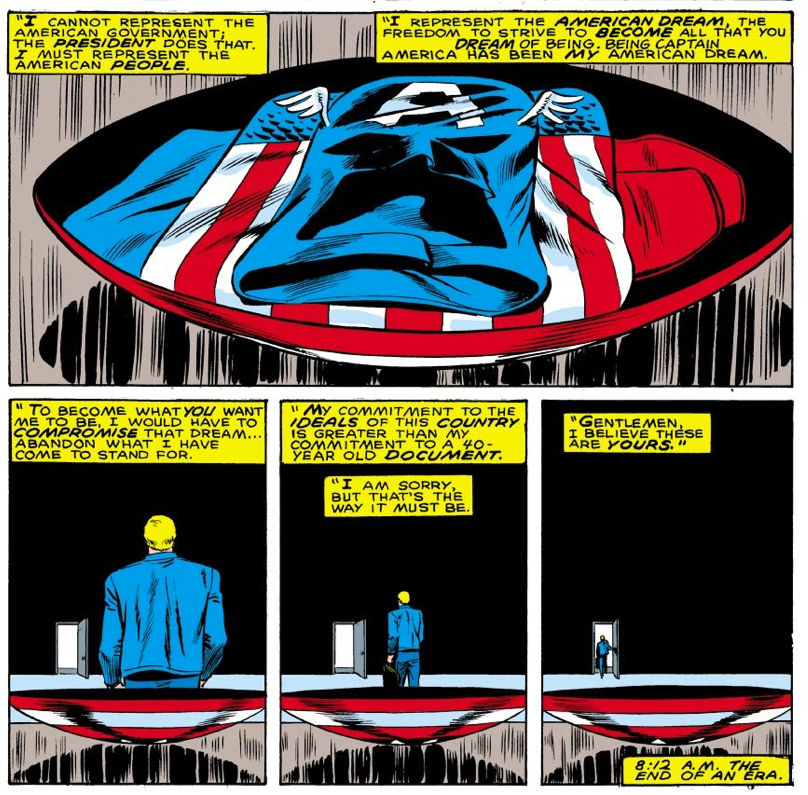 Captain America has been summoned to the Pentagon. After the Federal Government’s “Commission” demands that Captain America become an official entity of the U.S. Government, Captain America reflects on whether or not he should accept these conditions. Meanwhile, the Super-Patriot defeats a terrorist, Warhead, who is perched on the Washington Monument. At the end of the story, Steve Rogers turns in his uniform and his famous shield to the Commission, resigning his role as Captain America, and walks out.

There are many ways you can observe this day, and I will list a few. You can use #PatriotDay or #NeverForget on your social networks. You can observe the various moments of silence which you can view HERE. You can donate to the 9/11 Memorial & Museum or volunteer. You can join in memorial events and vigils near you. Or you can help an organization that has meaning to you. Whatever you end up doing, today is a day where just being able to do something to bring someone hope or to spread kindness, is one of the best things you can do.

If you have other ways you will be observing, and if you have any other Captain America favorite comics you want to also recommend, please let us know in the comments.