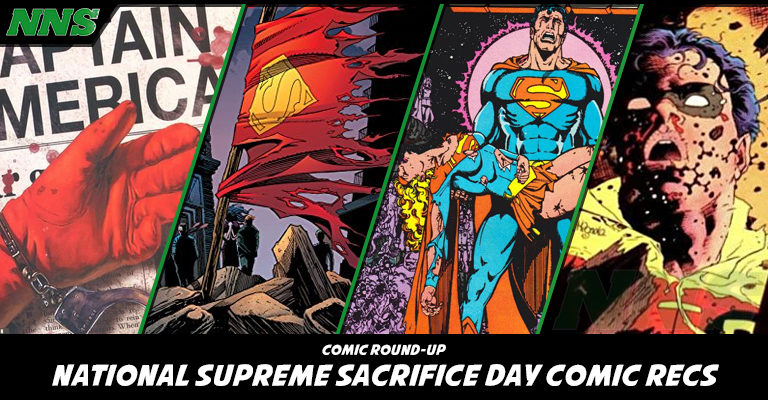 On a more serious note, today is a very heavy national day. It’s National Supreme Sacrifice Day which honors those who have made a tremendous sacrifice for the sake and the good of others, as well as those who sacrifice their lives every day for others.

We all know at least one person who has surfaced in our minds after reading that. These people don’t always come in uniform and some don’t get any kind of celebration. Today, we keep those people in our hearts and minds.

Since this is the Comic Round-Up, let’s get back to keeping things a little more light hearted and talk about some comics. You may or may not know, I actually have a physical collection of comics of famous superhero deaths. We all know a lot of these popular DC and Marvel hero’s and know in general about the good they do overall. But there are some really interesting and famous deaths. Obviously these stories are “alternate universe” stories because a lot of these heroes still live on. So below are my very bias and most favorite superhero deaths! 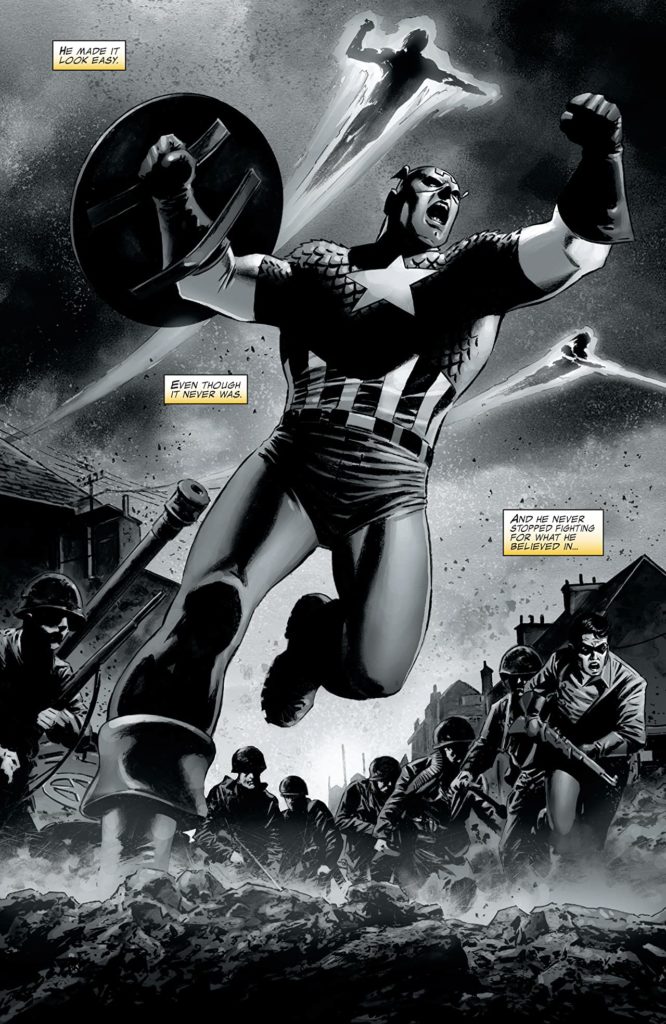 Captain America #25 which depicted Steve Rogers’ death was the highest selling comic of March 2007 with pre order sales of 290,514. “The Death of Captain America” is an eighteen-issue Captain America story arc written by Ed Brubaker with art by Steve Epting and published by Marvel Comics. Issue #25A is my most favorite comic cover of the death issue in comparison to its other variants.

Steve Rogers is dead! Long live Captain America! He was a hero to millions, an inspiration to America’s armed services and the representative of his nation’s greatest ideals. He lived for his country – and now, he has given his last final measure for the nation he loved. In the aftermath of the superhuman Civil War, Captain America was shot down in cold blood. In the aftermath of his death, Cap’s longtime partner the Falcon makes revenge his first order of business. Sharon Carter finds herself spiraling out of control, a captive of the Red Skull’s minions. And Bucky Barnes, a.k.a. the Winter Soldier, must reconcile his own sordid past with the calling to become…the new Captain America! 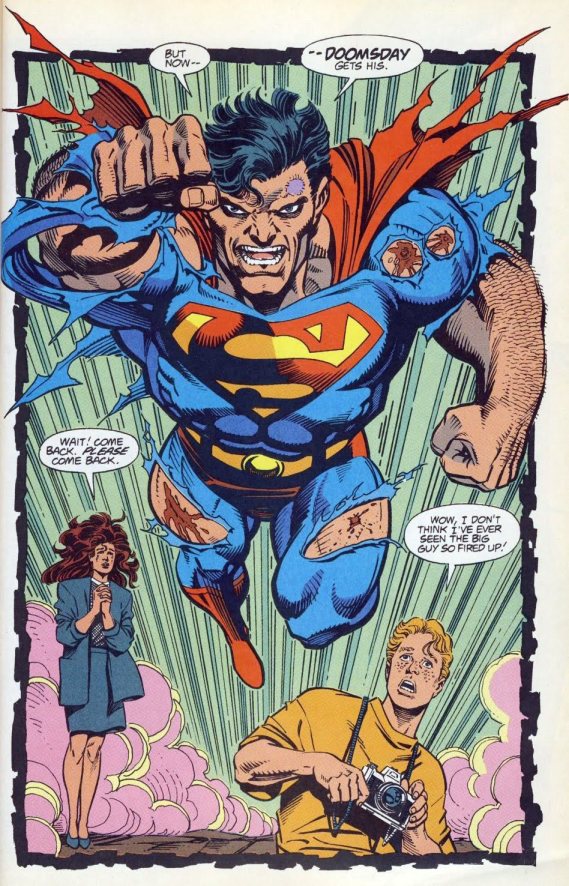 In the 90’s, as Superman comic sales had declined in these recent years, the writing teams felt the character had been taken for granted and decided to temporarily kill him to emphasize his importance. They wanted the crossover to surprise readers and show Superman is not invincible. Superman #75, which features Superman’s death, sold over six million copies and became the top-selling comic of 1992. Retrospective reviewers are divided on the story, with some finding it ambitious and influential, while others dismiss it as a publicity stunt. For me, the cover on the header image of this article, is my MOST favorite superhero death cover of all time. There were issues being sold that were in a sealed black sleeve that had bonus items such as a fold out splash back cover, full color memorial poster, full color commemorative stamps, Daily Planet obituary, black mourning armband, and exclusive trading card as well as the comic itself.

“The Death of Superman” is divided into three story arcs: “Doomsday!”, “Funeral for a Friend”, and “Reign of the Supermen!”. The first arc chronicles Superman’s fight with the monster Doomsday and concludes with his apparent death. The second depicts Superman’s fellow superheroes and the rest of the DC Universe mourning his death, ending with his adoptive father Jonathan Kent having a heart attack. The third sees the emergence of four Superman imposters before the original returns. A number of characters in “The Death of Superman”, such as Doomsday, the Cyborg Superman, and Steel, would recur in later DC publications. 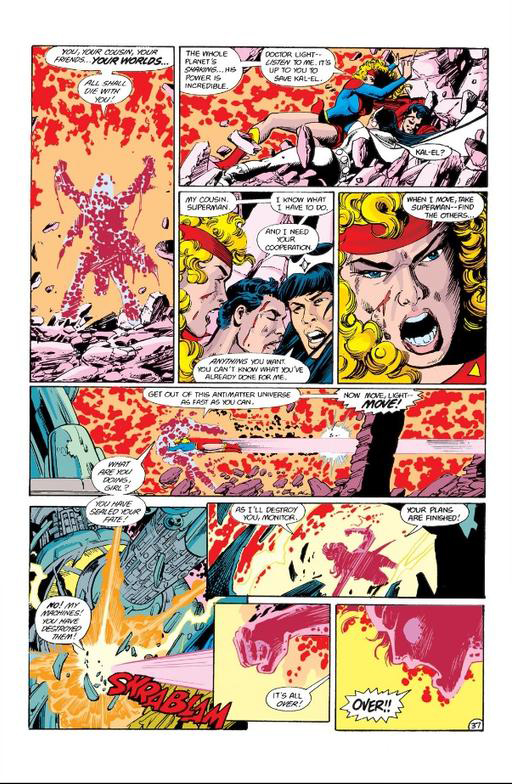 Things got a little confusing for DC Comics after it introduced the concept of multiple Earths. To clean up some of that chaos, the company decided to release the “Crisis on Infinite Earths” story arc that got rid of all those extra Earths and bring story continuity back to the original Earth. Such a sad cover which is on the header image of this article with Superman in tears carrying her deceased body.

On the original Earth, there was only one Kryptonian, so this new story arc meant that Supergirl had to go, along with the other Kryptonians that got introduced with her. Supergirl battled it out with Anti-Monitor, who kept hitting her with lethal doses of his energy. She kept on fighting, though, until a lethal blow took her out: she sacrificed her life for her cousin, Superman, and died in his arms. 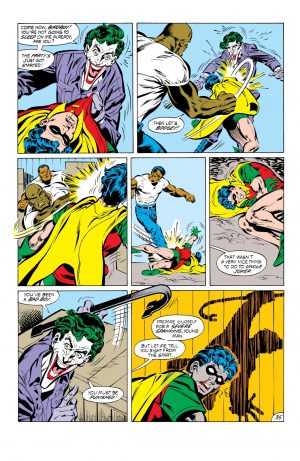 Introduced as a replacement for then-Robin Dick Grayson in 1983, the impulsive Jason Todd had grown very unpopular amongst readers. Aware of this, editor Dennis O’Neil conceived of letting fans decide his fate, leading to the creation of the storyline. For 36 hours, beginning on September 15, 1988, readers could call the two numbers to cast a ballot on whether he should live or not. Over 10,000 votes were cast, with a narrow majority in favor of killing the character. In Batman #428, the Joker kills Todd by blowing up the warehouse he is being held hostage in. In retrospect, the storyline is remembered as one of the most important in the Batman family of comics. Also fun fact, the covers of the first printing four part single issues, starting with Batman #426, was by one of my favorites, Mike Mignola of Hellboy!

Jason discovers that his “real” mother was really his step-mother, and his birth mother is still alive; Joker escapes from Arkham and Batman chases him to the Middle East where he runs across Jason looking for one of the women he thinks is his mom.

If you were wondering ways of celebrating this day, a few ways you could do this is by helping someone in need, or maybe by remembering or sharing a story of one of your heroes. And remember, if you could help support any small business by purchasing a comic, please do! They could use your help too.