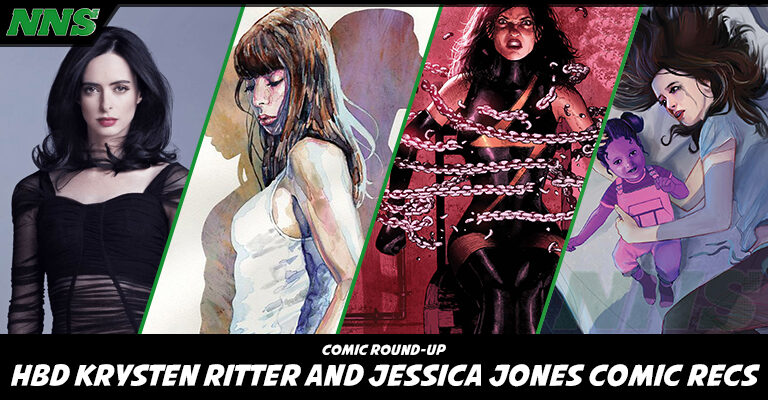 I hate to play favorites… but today is the birthday of one of my most FAVORITE actresses. Here are a few hints…

She started as a model at the age of 15 and eventually did magazine, catalog, and runway work in Milan, New York, Paris, and Tokyo.

Her acting career began after a Dr Pepper television commercial.

She worked in films often cast as the best friend of lead characters.

Notable film and tv series she’s been in are Gossip Girl, Breaking Bad, Gravity, and Vamps.

Another fun fact, her and her childhood friend formed an indie rock duo called Ex Vivian in which she sings and plays guitar. Their self-titled album was released in 2012.

Any idea who this is?

None other than the star of B—- in Apartment 23 AND for my most favorite role… JESSICA JONES!!!! That’s right, Krysten Ritter. (You probably saw the headline and the photo anyway, lol)

Sorry Defenders… but Jessica Jones is my girl! I cannot even imagine a better Jones.

So in celebration of my most favorite role of our birthday woman today, below are my very biased and most favorite Jessica Jones comics. Enjoy! 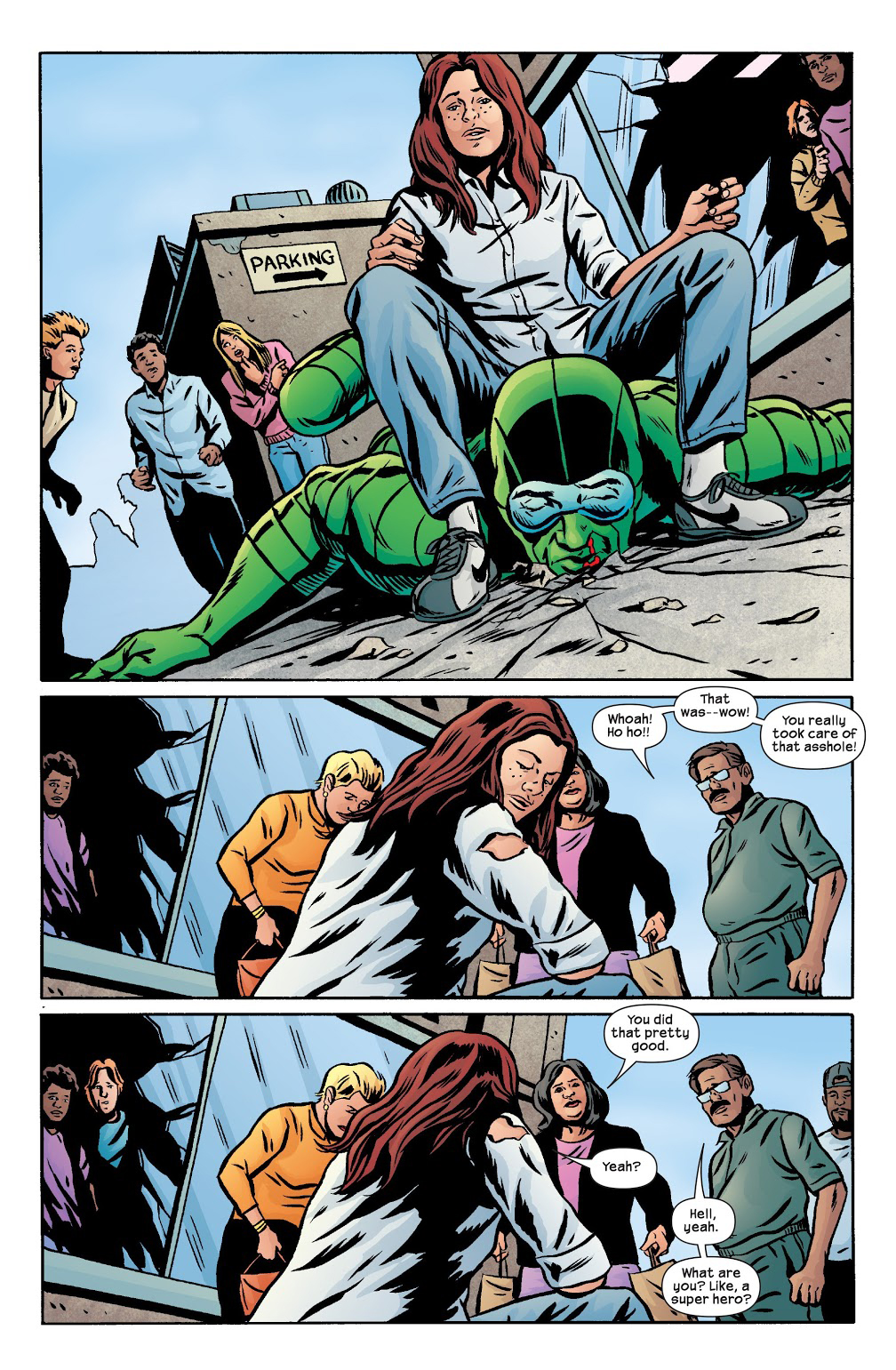 Meet Jessica Jones, a former costumed super hero who, in fact, stunk at it. With powers unremarkable in comparison to the great icons of Marvel, Jessica never found her niche. But once she hung up her cape, she was surprised at how quickly she fell out of the spandex loop. Sure, she may hang out with some of the Avengers socially, but she`s not welcome in Avengers Mansion. And she feels the rejection. She’s self-destructive, drinks too much, and has a huge inferiority complex. And did we mention that she’s now a Private Investigator who specializes in cases of the super human variety? So if you’re thirsty for the film noir feel and complex characterization, grab a stool at the bar! 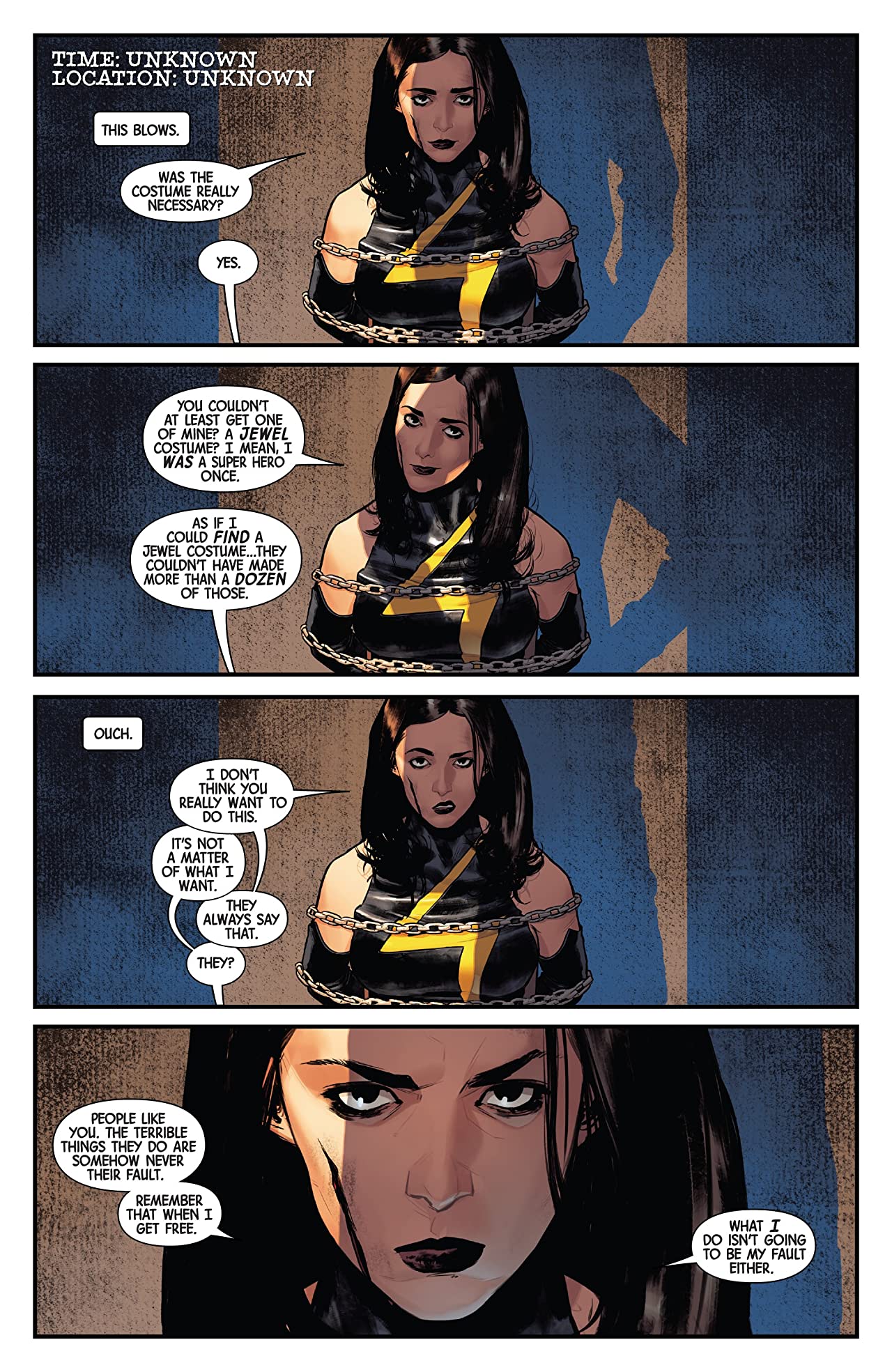 Jessica Jones was once the costumed super hero known as Jewel. She sucked at it. Now she’s a private investigator at her own firm, Alias Investigations. She sucks less at that. With the Purple Man gone, her relationship with her husband, Luke Cage, and their daughter, Danielle, is better than ever. But her past always comes knocking, and when a woman whose case she fumbled winds up dead on her office floor, Jessica goes from private investigator to prime suspect. Can she find the real killer and clear her name? Note: this issue contains story originally published in Jessica Jones – Marvel Digital Original (2018) #1 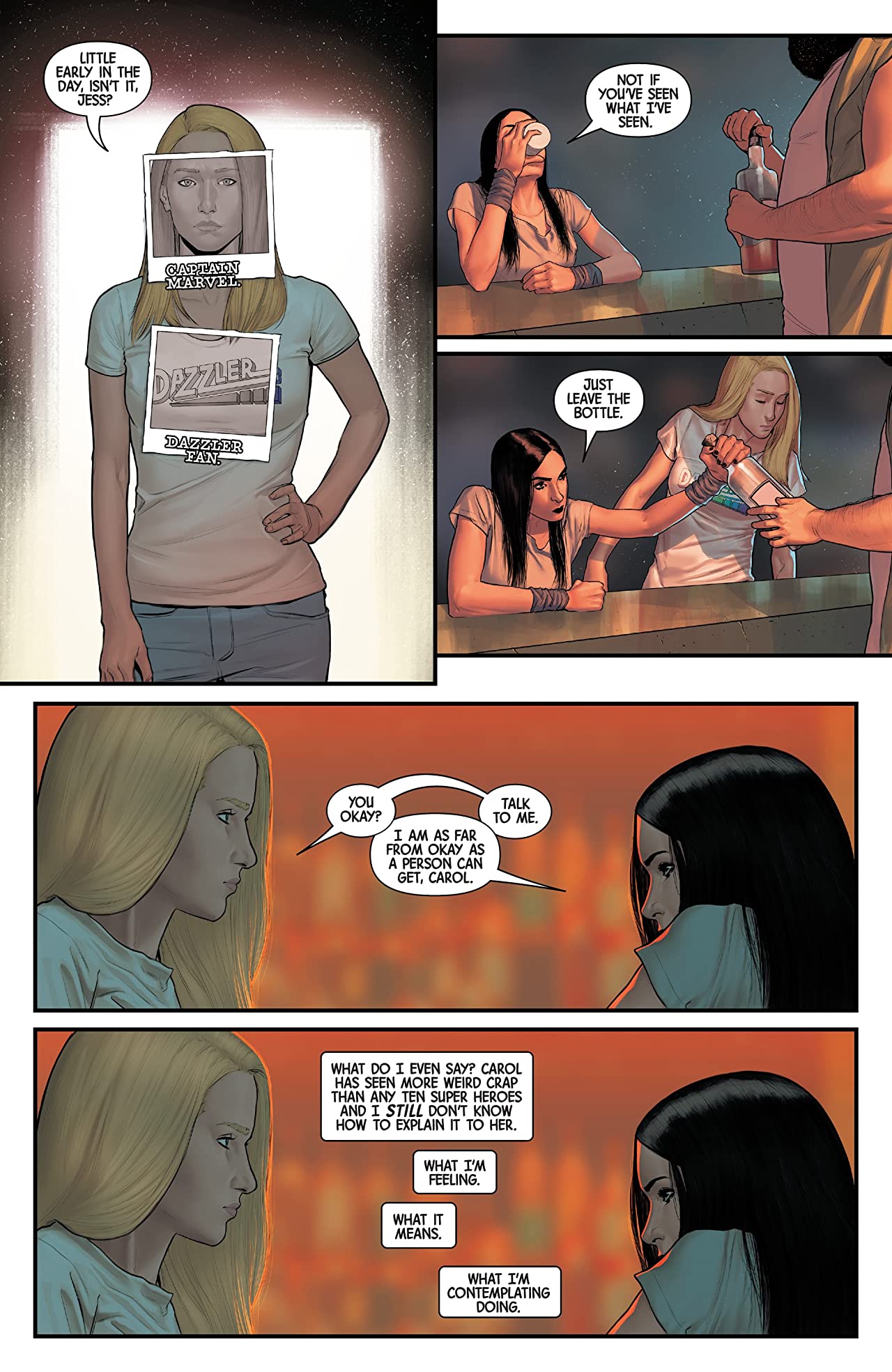 The critically acclaimed team that brought you JESSICA JONES: BLIND SPOT is back! When her daughter, Danielle, comes home with purple skin, Jessica Jones is forced to question everything she thought she knew about her time with the Purple Man and her marriage to Luke Cage! As Jessica digs deeper than ever before into the darkness at the center of her life, will she find relief — or yet another nightmare? Brace yourself for another thrilling, chilling tale that will challenge everything you think you know about Marvel’s top P.I.!

Who’s your favorite Defender? Have you read any of these comics? What Jessica Jones comics do you recommend? Is there anyone else you could see playing Jessica Jones? Let us know in the comments and we will catch you next week, same Nerd-Time, same Nerd-Channel!