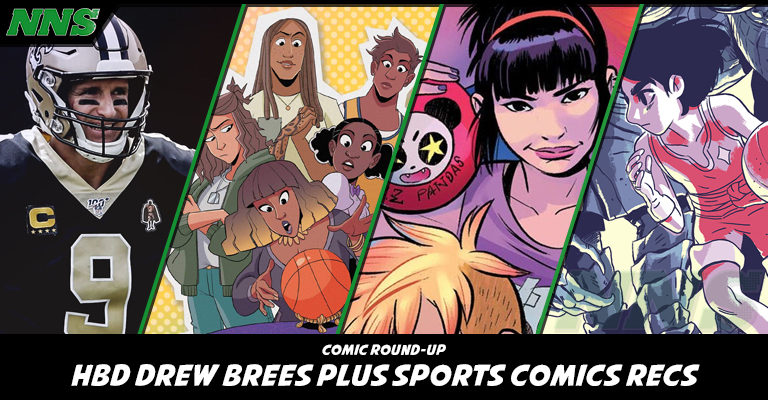 I am very curious how many of us here are sports fans. Even those of us who are not fans at all, have some kind of sport they love to play or watch either IRL or virtually. I remember not being able to actually play the main storyline of FF10 because all I was interested in was playing Blitzball. Though I did spend many years playing softball and basketball. And even more years skateboarding and snowboarding. Yea, I’m one of those weird nerds.

Another one of those great sports that I never played but enjoy watching is good old fashioned American Football! And with today being the infamous Drew Brees 41st birthday, most famously known as one of the best quarterbacks to date breaking records for the New Orleans Saints, I thought it would be a good time to introduce some sports related comics! Yes comics… This is the Comic Round-Up after all!

As per usual, let’s get into my very bias favorite sports related comics. But before I do, I only feel it’s fair to list a few Brees highlights (thank you Wikipedia!). 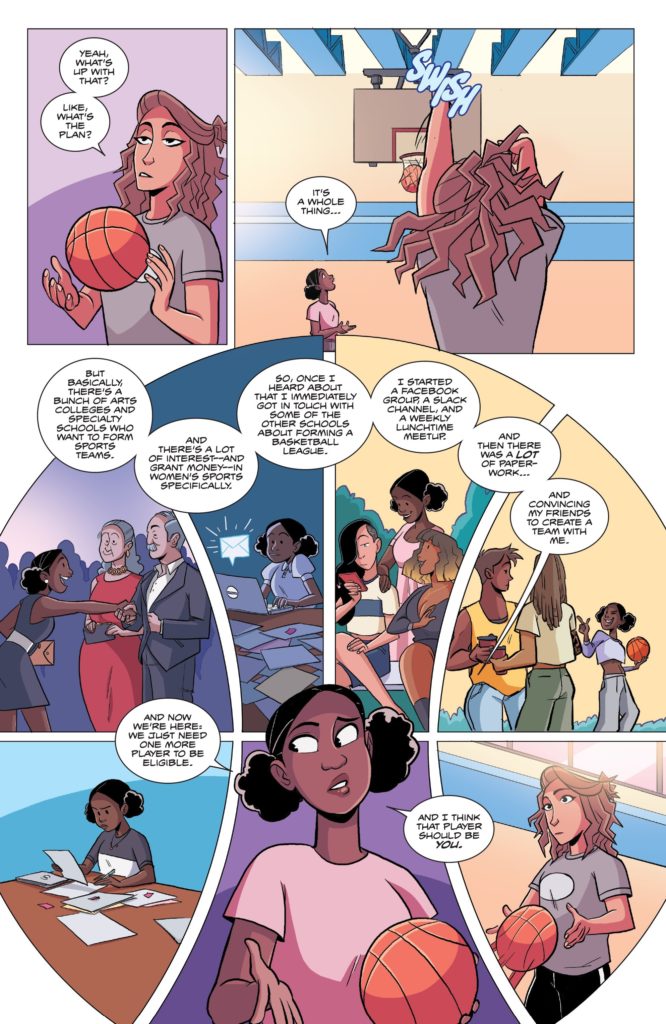 Welcome to the Georgia O’Keeffe College of Arts and Subtle Dramatics, an historically all-female school whose population is decidedly more drama geek than jock. Liv, aspiring actor and basketball enthusiast, doesn’t understand why she can’t be both, but she seems alone in that belief…until Charlie. Charlie is a recent transfer, a star basketball player, and the answer to all of Liv’s problems. She’ll stop at nothing to get Charlie to join the ragtag group of misfits that make up their fledgling basketball team. Carly Usdin (Heavy Vinyl) and Noah Hayes (Goldie Vance) present a touching tale about finding what you’re looking for… on and off the court. 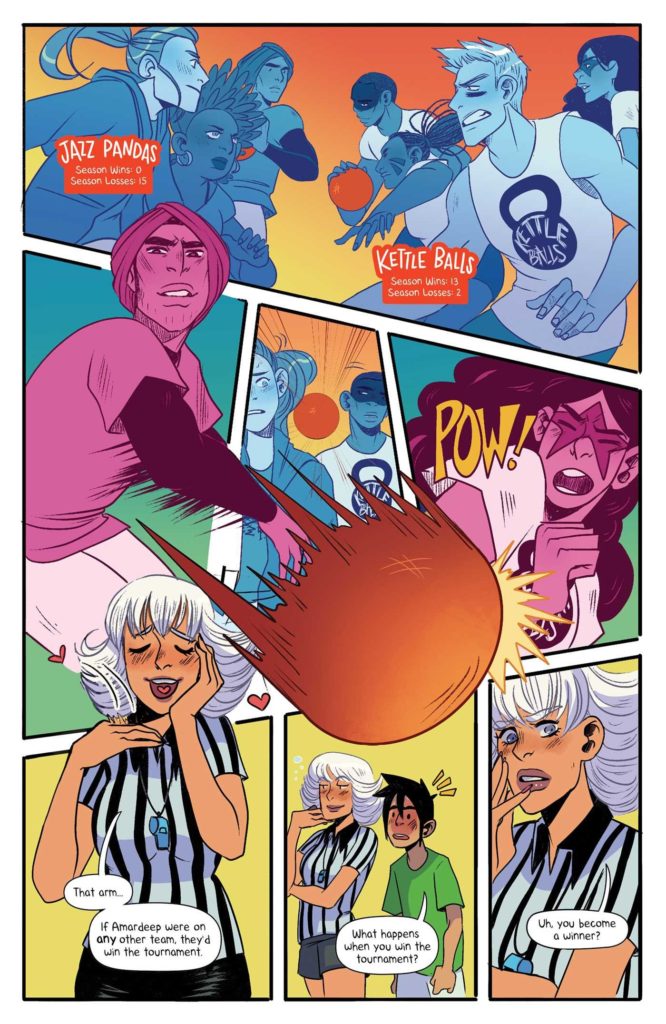 Josh Trujillo (Adventure Time) and Cara McGee (Over the Garden Wall) team up for a new series about the high-energy chaos of competitive dodgeball! Tomás is the new captain of the Jazz Pandas dodgeball team, and he’s got a certain knack for keeping an eye on on the ball (or several!). However, he’s untested and still not quite part of the team. If the disorganized Jazz Pandas want to make it to summer regional championships they’ll have to pull together under Tomás’ leadership. 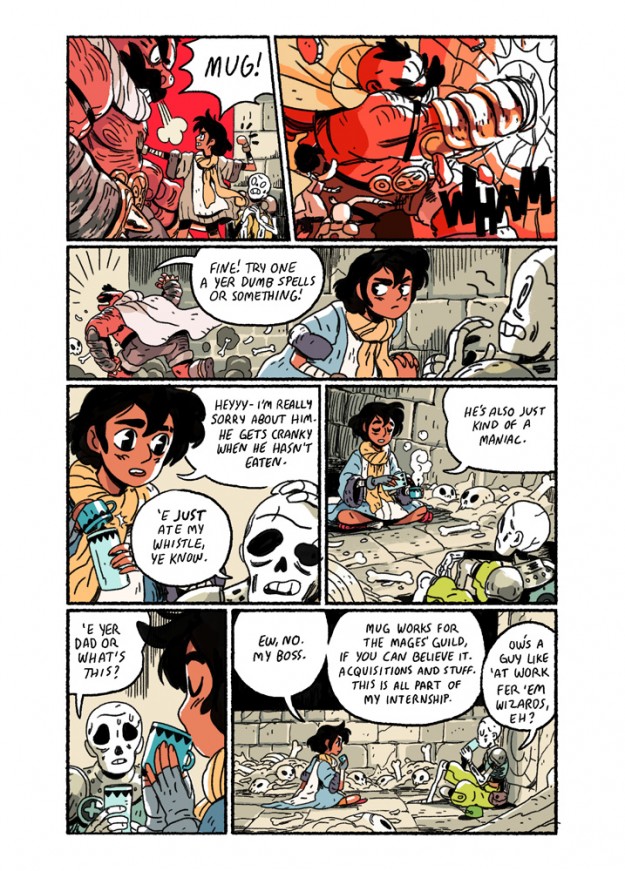 In Sam Bosma’s debut graphic novel, a young explorer and his musclebound friend go treasure hunting in a mummy’s tomb—but if they want to get rich, they’re going to have to best the mummy in a game of hoops! Can they trust their bandaged adversary to play by the rules? Or will they be stuck in the tomb . . . forever? A fast-paced sports adventure graphic novel in the vein of 1960’s manga, Mike Mignola, and Raiders of the Lost Ark.

So there we have it! What are your favorite sports to play or watch? If you have any fun sports related comics or manga to share, please do in the comments! And as always, I will catch you next time, same bat-time, same bat-channel.