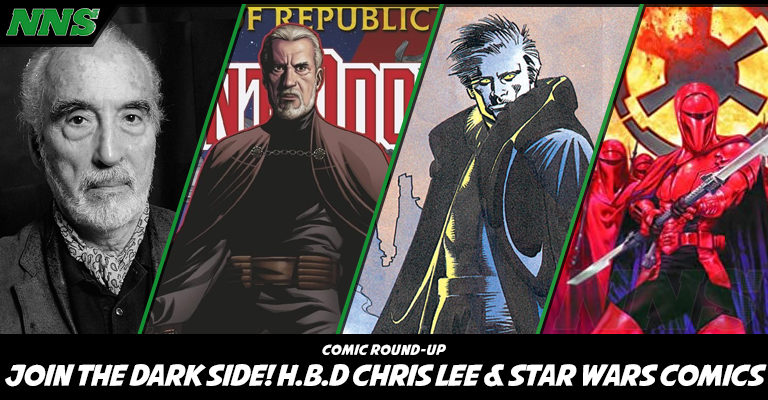 “I have become more powerful than any Jedi. Even you.”

Obviously the line is from Star Wars, but what character? Former Jedi Master who was trained by Yoda. Took on Qui-Gon Jinn as his apprentice. Got it yet? 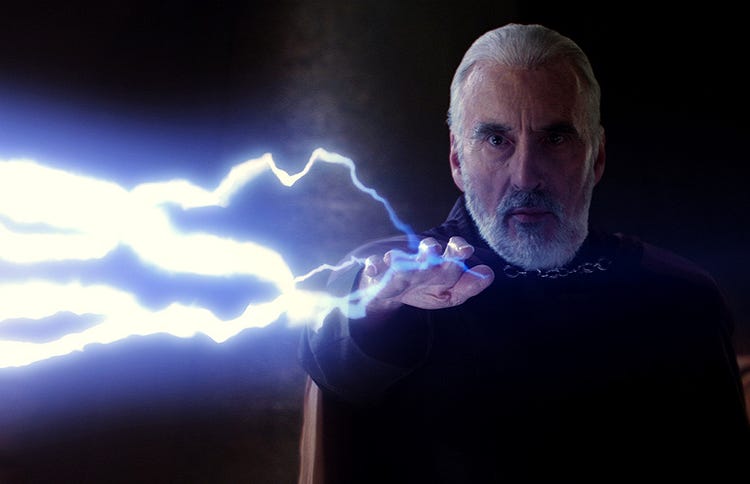 Count Dooku, a.k.a. Darth Tyranus a.k.a. CHRISTOPHER LEE! That’s right, Christopher Lee, or shall we say Sir Christopher Frank Carandini Lee. To celebrate his birthday, let’s find out a bit about Lee and I’ll share with you my very biased and most favorite Star Wars comics.

Lee has mostly been typecast as various villains in entertainment history and became best known for his role as Count Dracula in a sequence of Hammer Horror films. His other film roles include Francisco Scaramanga in the James Bond film The Man with the Golden Gun (1974), Count Dooku in the Star Wars prequel trilogy (2002–2005), and Saruman in the Lord of the Rings film trilogy (2001–2003) and the Hobbit film trilogy (2012–2014).) Though he lamented this type casting, he sure did play each part exceptionally! 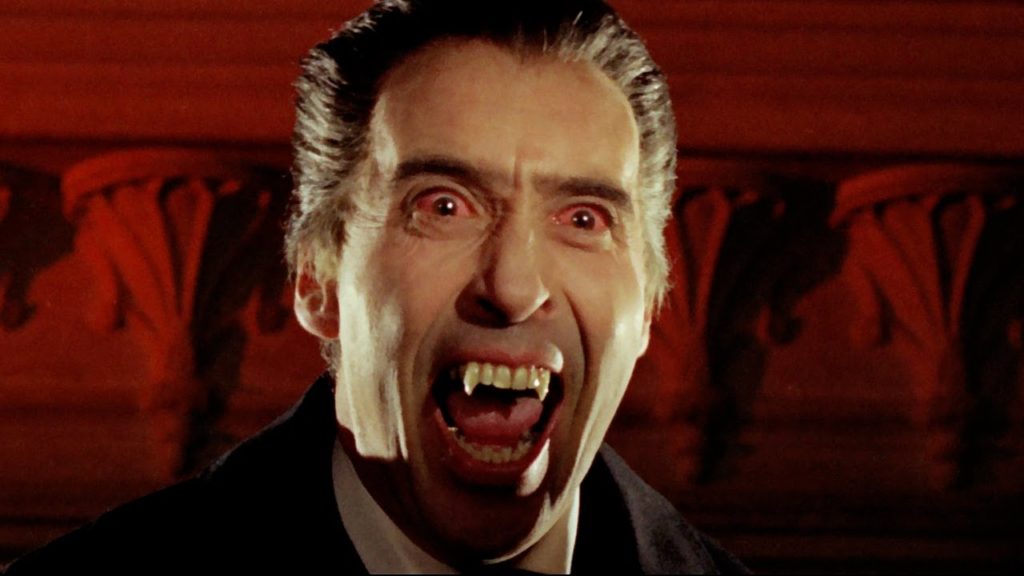 Prior to his acting career, Lee served in the Royal Air Force, where he was attached to the No. 260 Squadron RAF as an intelligence officer and later the Special Operations Executive. Following his World War II service he retired from the RAF in 1946 with the rank of flight lieutenant.

But wait! There are more surprises! Lee was also known for his singing ability, recording various opera and musical pieces between 1986 and 1998, and the symphonic metal album Charlemagne: By the Sword and the Cross in 2010, after having worked with several metal bands since 2005. The heavy metal follow-up Charlemagne: The Omens of Death was released on 27 May 2013, Lee’s 91st birthday. He was honoured with the “Spirit of Metal” award at the 2010 Metal Hammer Golden Gods Awards ceremony.

I’m not sure about you, but I am completely floored! Doesn’t sound much like a villain at all does he? He kinda makes me want to go to the dark side…

Speaking of! Let’s get into my very biased favorite Star Wars comics in no particular order, well, except for the first one. 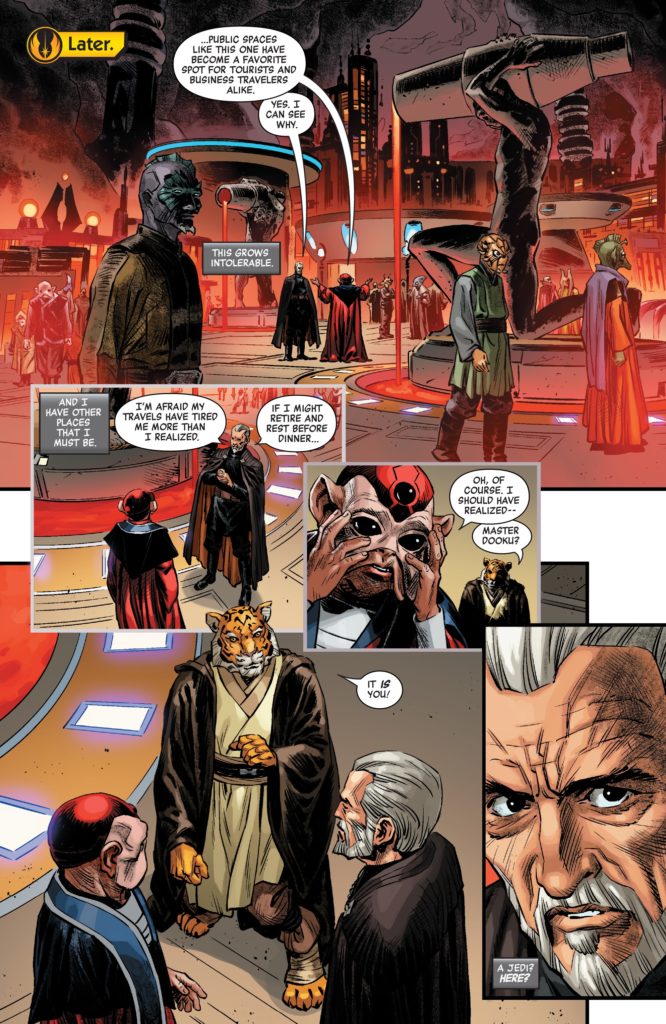 THE FORMER JEDI BEGINS LAYING THE GROUNDWORK FOR HIS SITH MASTER! However, an unexpected encounter with an old student threatens his plans. Caught between his old life and his new, will DOOKU be able to protect the secrets of the SITH? And does he control the DARK SIDE, or is he merely its tool? 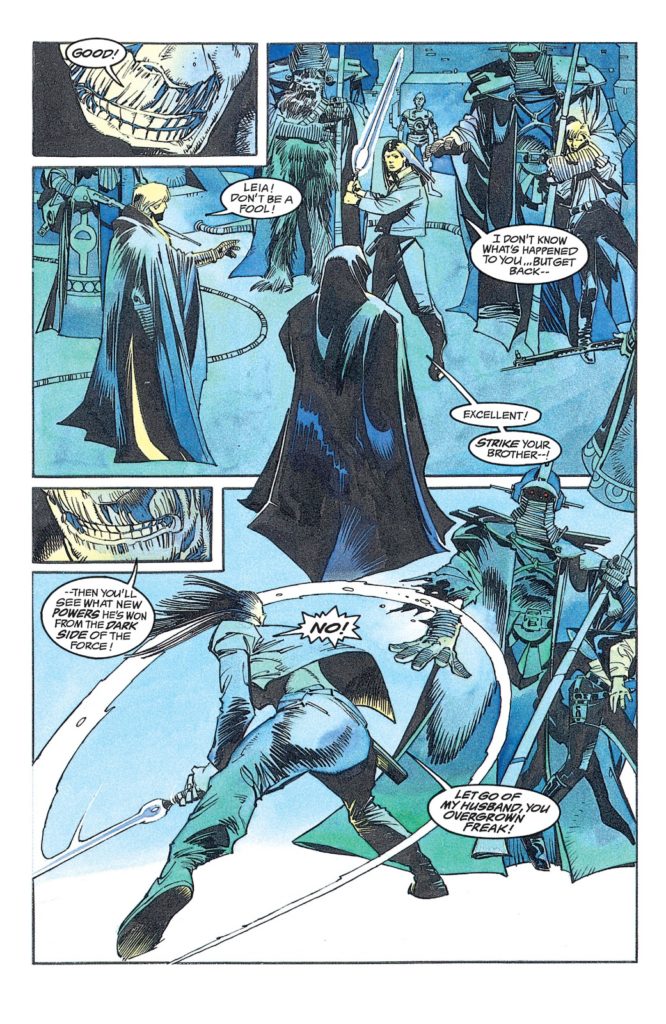 Six years after the fall of the Empire in Return of the Jedi, the battle for the galaxy’s freedom rages on. The Empire has been mysteriously reborn under an unknown leader, wielding a new weapon of great power. Princess Leia and Han Solo struggle to hold together the New Republic while the galaxy’s savior, Luke Skywalker, fights an inner battle as he is drawn to the dark side, just as his father… 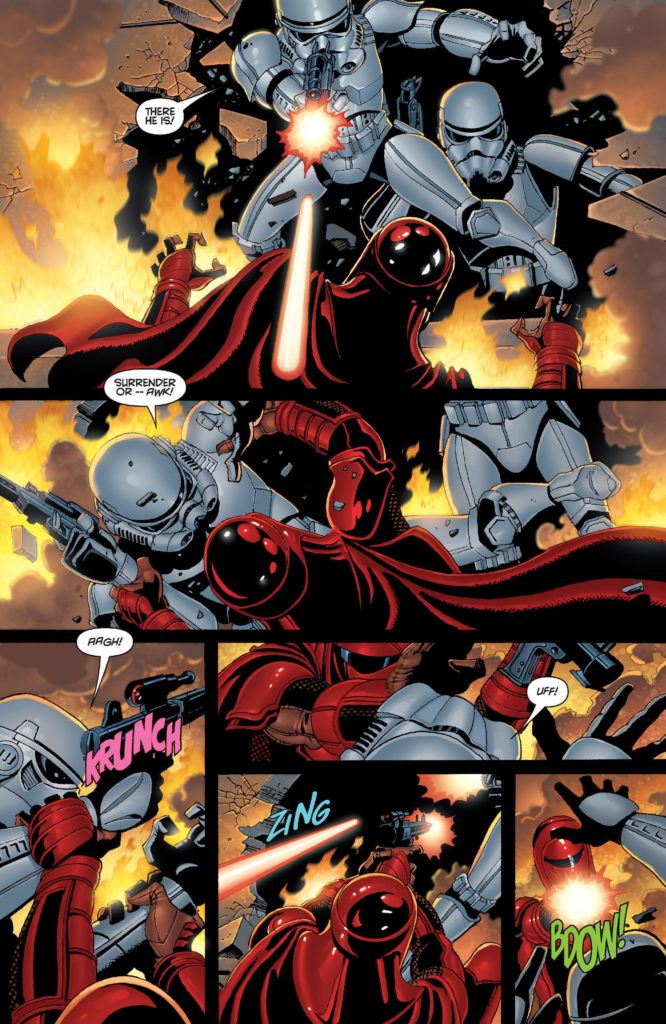 The blood-soaked tale of the last surviving member of Emperor Palpatine’s Royal Guard is now complete in one edition! From revenge to redemption, the story of Kir Kanos takes him from the deserts of Yinchorr, to the halls of Imperial power, and to the inner circle of the New Republic. Included are encounters with Darth Vader, Boba Fett, Luke Skywalker, and Leia Organa Solo. An epic tale in one epic tome!

Are you for the light or the dark side? Who’s your favorite Star Wars villain? Have you read any of these comics or do you have any favorites? Did you know Lee was in six Tim Burton films?! Let us know in the comments and I’ll catch you next week, same Nerd-Time, same Nerd-Channel! And may the force be with you.