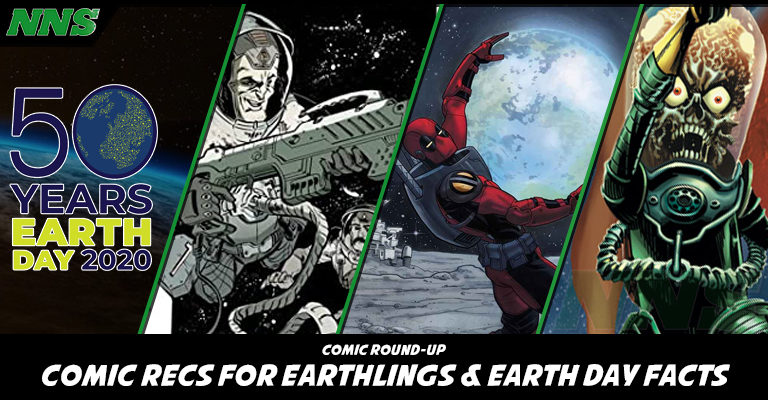 There are many ways to celebrate our earth. We can plant flowers or trees, use less products that contain plastics, we can make sure to recycle and reuse, we can stay home not driving and read comics (this one is my favorite), and there are many more ways including donating. Find out more ways to help and donation information at EarthDay.org

A few facts about Earth Day:

Now that we see a few facts about our Earth, hopefully we can at least start to think about ways to help, because as you can see, each person can make a difference!

In our current status, we are being pressured to stay home for our safety, which actually turns out has significantly cut down the air pollution. So how about my top three very biased favorite space comics for your Earth home enjoyment! Remember, you can download comics for free with your library card using the free app Hoopla! You can also find digital comic downloads online from the publisher, or through Amazon, or if it’s possible that your local comic shop is available for delivery or pick up, considering supporting them. 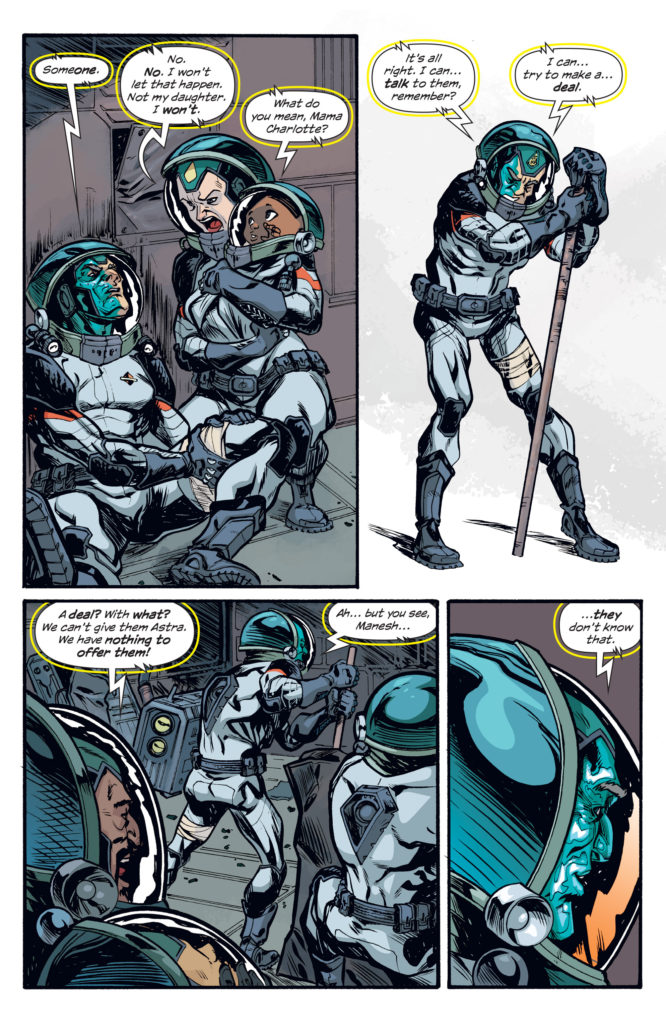 On Inauguration Day, newly elected President Stephen Blades hoped to tackle the most critical issues facing the nation: war, the economy, and a failing health care system. But in a letter penned by the outgoing President, Blades learns the truth that redefines “critical”: seven years ago, NASA discovered alien presence in the asteroid belt, and kept it a secret from the world. A stealth mission crewed by nine astronauts was sent to make contact, and they’re getting close – assuming they survive the long journey to reach their destination. Today, President-elect Blades has become the most powerful man on the planet. This planet. 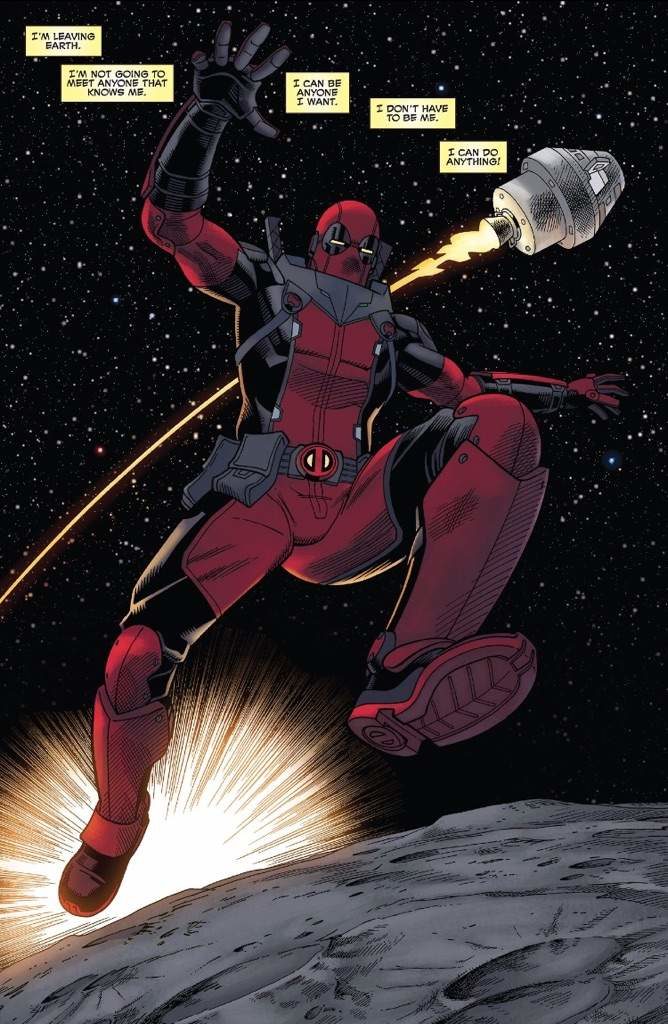 Deadpool. In. Spaaaaace!!! Wade Wilson is heading off Earth on a personal mission – one that will land him in all manner of cosmic trouble! Plus, a secret story known only to compulsive Deadpool variant cover collectors, as Odin ejects Deadpool from reality -and into the cover-verse! Can a team-up with UPC-PO, the living embodiment of the UPC code, help Wade return to the world he left behind…or will it just be an excuse for parodies and shenanigans? We’re guessing the latter. 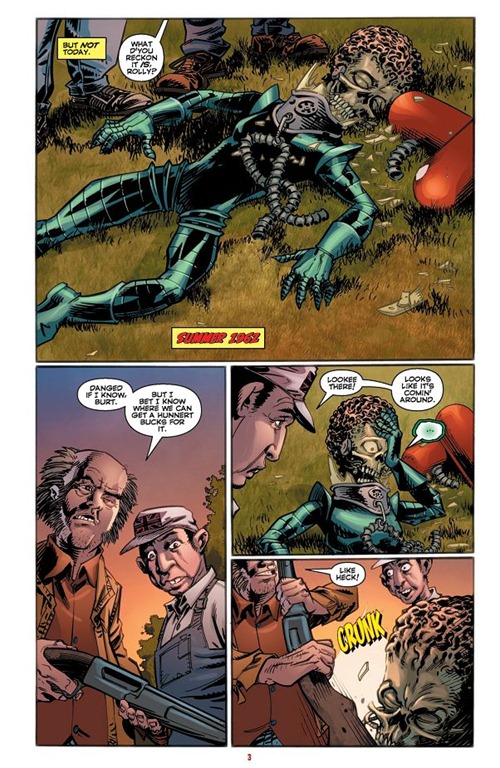 The invasion begins! The first stories of an all-new MARS ATTACKS universe are here, bringing outrageous action and dark humor to the comics page. Eisner-winning writer John Layman (Chew) is joined by Eisner-winning artist John McCrea (Hitman) to sound the alarm. Beware! The Martians are coming!

So that’s it for now my fellow earthlings! What will you do to help the earth today? Are you reading any of the recommended comics or have any to share? Let us know in the comments and we will catch you next time, same Earth-Time, same Earth-Channel!