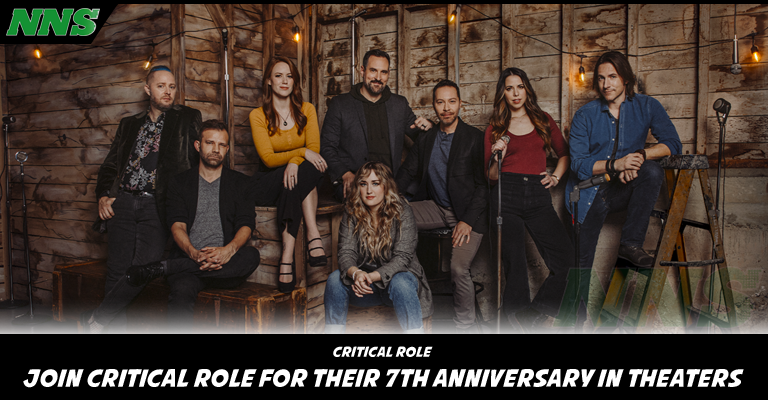 Critical Role is on a … well role. Their YouTube channel had taped into a well-established love of Dungeons and Dragons in a very underrepresented crowd. While not the only creator with a love of the subject in the world of Hollywood, Dan Harmon’s Community episodes come to mind.

That being said, Critical Role is a sure standout, having reached so much success that their project has not only cause a strong following, but caused the release of a campaign book and an animated series on Amazon Prime Video. You can actually see our article talking about their campaign book Here.

One of their successes to that result is based on the fact that they are real people playing roleplaying between friends.

For the series’ seven-year anniversary on March 17, 2022, Critical Role will be live streaming its anniversary show on Twitch and YouTube. But not just for streaming, but will also be simulcast to Cinemark Landmark Theatres

Fans can pay to attend a theater for as low as $25 for a ticket, or $40 for a ticket with a shirt included.

States that will include showings at Cinemark is: