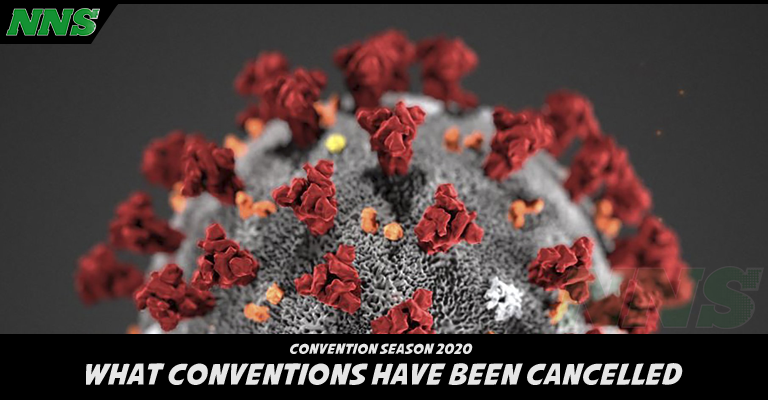 With recent reports, and fear, as the virus spreads, things all around the world have been effected.

As nerds, we are not immune to these facts, or diseases as well.

Here are some of the events that has directly affected the nerd convention circut so far:

April Foolishness, two weeks after it was announced, the show was cancelled before most of the people hosting it even knew. Forcing fans to get the answer through Twitter. The real loser though in this situation, is all the local charities that this show benefits. It’s a real buzz kill.

SXSW, for the first time in 33 years has shut it’s doors effecting the industry, as well as small creators all over the world. It wasn’t only their decision though, as their backers and major companies pulled their plans from the conference over fear.

Emerald City Comic Con which has been dealing with a large amount of infections in Seattle, as well as several deaths, were pressured by their vendors and companies attending to make a decision, and the convention choose to refund tickets. While there has been talk about the convention being rescheduled to summer, nothing has been decided as of yet.

Peacock Live! which was supposed to come to Universal Studios this month, to get people pumped for the streaming service has been postponed. While they don’t mention the reason being due to the virus, it seems very clear that they didn’t want attendance to be low, for an event that they want to bolster the launch date. No new date has been mentioned yet.

While at this time WonderCon, Burning Cat, E3, and San Diego Comic Con haven’t been cancelled, or postponed, there has been talk of big companies backing out, and fear that if this situation doesn’t get under control soon, we wouldn’t be surprised if they are next to join our list.

Cancelling conventions like these during these epidemics makes sense though. Our videographer attends several conventions and finds herself regularly coming down with Con-Crud, now imagine if that means you could have the Coronavirus…

Remember guys, keep your body to yourself, cover your mouth when you cough, wash your hands, and be safe out there.

UPDATE 03/11/20: E3 HAS ALSO JOINED THE LIST OF CANCELLED CONVENTIONS, WONDERCON AND SAN DIEGO COMIC CON ISSUE STATEMENT THAT THEY ARE STILL PLANNING TO MOVE FORWARD AT THIS TIME.

UPDATE 03/13/20: AFTER E3, WONDERCON, BURNING CAT, AND SCANDINAVIAN FESTIVAL HAS ALSO JOINED THE LIST OF CANCELLED CONVENTIONS, SAN DIEGO COMIC CON HAS ISSUED A STATEMENT THAT THEY ARE STILL WORKING WITH SAN DIEGO AT THIS TIME, BUT WILL ADDRESS IN THE NEAR FUTURE IF THEY WILL HAVE TO CANCEL.