It’s undeniable that each generation alive today knows at least one character from Charles Schulz’s Peanuts. Whether it be from the Sunday comics, the Met Life blimp, from video games, TV, and movies, from Snoopy’s star on the Hollywood Walk of Fame, postage stamps, Happy Meal toys, Knotts Berry Farm, Vans shoes, and so much more (especially internationally), we can name at least one character. The creator of Hello Kitty actually took inspiration from the Peanuts franchise in how to become successful with the Hello Kitty brand. Admit it, we all have loved the Peanuts and can’t wait to watch their classic Christmas movie for the 100th time.

This past Monday, November 26th, would have marked Charles M. Schulz’s 96th birthday but sadly he passed away from colon cancer Sunday February 13th, 2000. In memory of him, I wanted to put together a brief history about him and how the Peanuts came to be, along with a few of his comic strips. As we know, we have just lost the great Stan Lee also at the age of 96 on November 12th. Lee and Schulz were about a month apart in age with Lee’s birthday being December 28, 1922. We should continue to remember these great creators who have drawn their way into our lives. So, this one is for your Schulz! And Lee, we will never forget you. 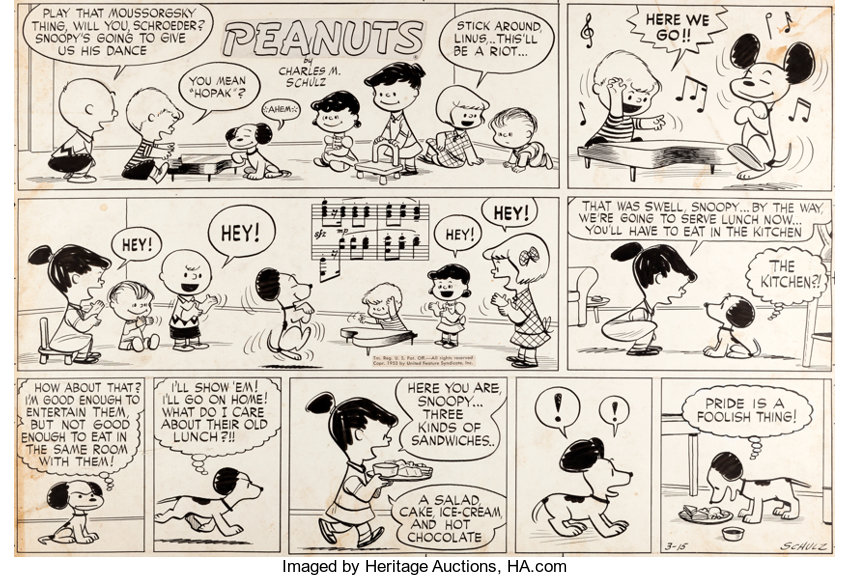 Schulz was born in Minneapolis November 26, 1922, and through his youth would read the Sunday “funnies” with his father. He very much enjoyed Skippy, Mickey Mouse, and Popeye and always knew he wanted to be a cartoonist. His mother, while he was in High School, encouraged him to respond to an advertisement for an art school called “Art Instruction Schools, Inc.” that offered students an opportunity to complete lessons by mail, which he was accepted into and very much enjoyed.

From 1943 through 1945, Schulz attended the army. And although he was very proud of this period of time, after it was over, he was determined to become a professional cartoonist. He first worked at the school where he took art classes as a High Schooler, sold one-panel cartoons to The Saturday Evening Post, and had a three-year run of a weekly panel called Li’l Folks for the St. Paul Pioneer press which contained designs of children with large heads interacting with situations beyond their years. Sound familiar? Well, the name Li’l Folks was already being used by another artist, so an editor suggested the name Peanuts. Even though Schulz never liked the name and even tried to get it changed, “I was just a young unknown from St. Paul, and I really couldn’t think of anything else other than just calling it Charlie Brown, which they didn’t want to do. So, I was stuck with it.”  Charlie Brown himself was a reflection of Schultz’s own life. 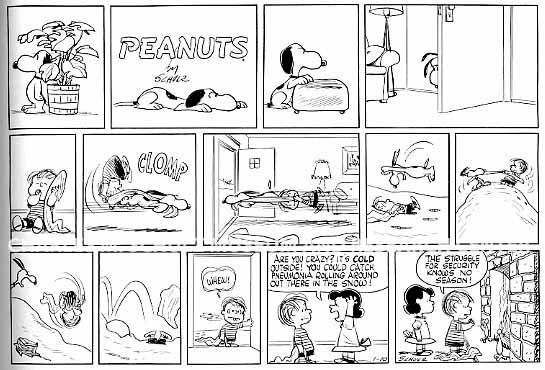 In October 2, 1950 when Schulz was 27 years old, this is the first time we see a Peanuts strip, it was published in over seven newspapers nationwide. Over the years, Schulz had continued to develop the characters but it wasn’t until the 1960’s when we see Snoopy become more of a two-legged character with more evolved storylines. From there, the series just couldn’t be stopped! NASA has even named a spacecraft after his characters. Even though Schulz retired in December 1999, and has sadly passed, Peanuts and his legacy will live on. 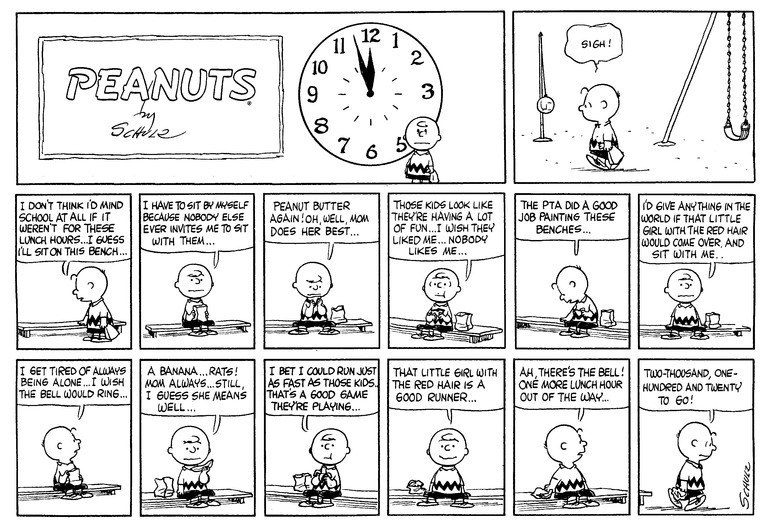 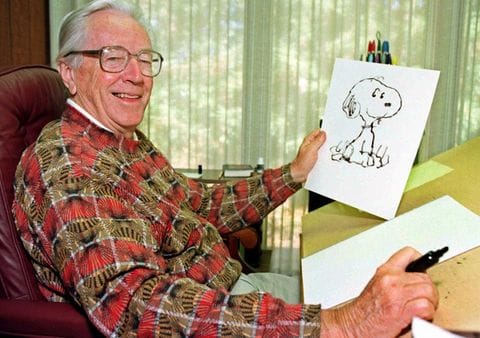