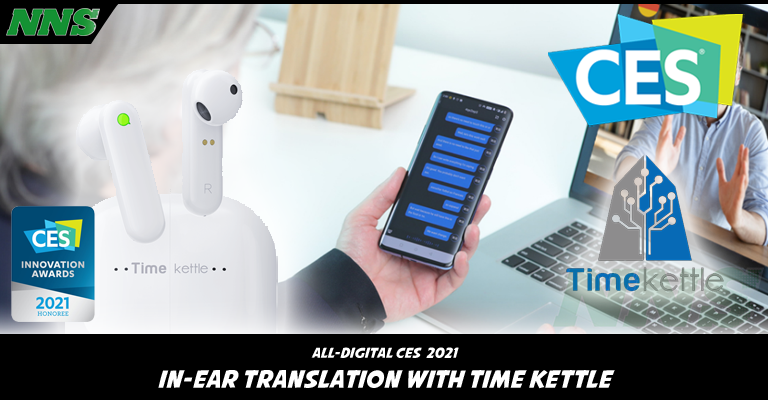 Timekettle has a new product available to people, the M2 Translator Earbuds.

While Timekettle is known for its translator devices, and artificial intelligence, there is always room to grow.

Their new M2 translator earbuds are the world’s first offline translation earbuds and a CES 2021 Innovation Award Honoree. Additionally the device was backed by a little under 7,000 backers on Indiegogo.

The earbuds function as a normal headset, with phone calls, music, and voice assistant on top of the translation services.

The device boasts over 93 languages with up to 95% accuracy and translation as quick as 0.5 to 2 seconds! However, the offline version does cost $30 more but can translate 7 languages: Chinese, English, Japanese, Korean, French, Spanish, and Russian.

The earbuds will last up to 6 hours on a single charge, and 30 hours total from the wireless charging case.

Their suggestion for conversation, would be one party with the phone, clearly the owner, and that the headphones be split between the two people wanting to talk. Then both earbuds will translate the conversation.

Its remote mode function works for up to 40 people, with 40 languages at the same time allowing for live translations for people in things like zooms.

You can pick up your own Here!