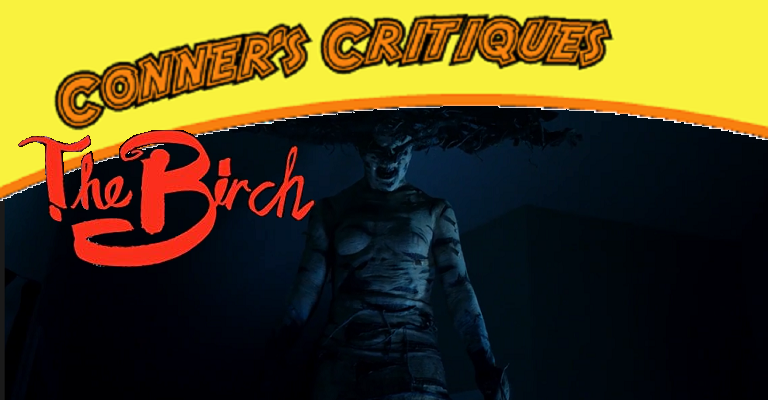 We got a chance to watch the first six episodes of The Birch, from Crypt TV and Facebook Watch, before they came out. We are happy to be talking about this horror suspense show, leading into Halloween. That being said, it’s time to talk about it!

Fair warning, there are going to be Spoilers in this review, so … Spoiler Warning. As always we will break down the critiques into three categories: Story, Acting, and Overall. So grab your hedge trimmer, and lets go into the woods.

STORY: 8/10
This is an interesting show. Its a bit hard to follow at part though because of a couple things. The show doesn’t do exposition. It throws you into a universe that has quite a bit of backstory, but it doesn’t gently place you in it with some background.

I love this. You only find out information about what has happened, naturally, as a real person would while observing people in their world. The only draw back from that, is the first 15 minutes don’t make a lot of sense. Once the pieces fall where they may though, and the story is better understood, the story makes more sense, and behaviors that looked alien and confusing, now makes a lot more sense.

Additionally, the show presents the content awkwardly, showing you one side, a completely different story-line, and then returning to the first episode from the other point of view, giving you more context.

The way they did this is really interesting, and isn’t a ton of overlap, so you don’t feel like your being messed with.

I will say that there is a little confusion about the world as a result of their way of telling the story. It’s hard to tell how the monster’s powers work, when a girl seems to also have the exact same powers. I can only image however, as the show continues it will be explained.

ACTING: 10/10
Evie Grayson who plays Xaria Dotson immediately strikes me as a Coraline character. She is weird, interesting, and conveys a depth and sorrow that creates an interesting person to follow. It’s hard to view her as the hero of the story, since the show barely delves into her connection and depth to her back story, with the exception of the first 5 minutes of the first episode. The character Thurston Polk, played by Dempsy Bryk, one of her bullies, would traditionally be dislikable, the amount of time that goes into showing his motivations, and his depth makes it harder to root against him.

This of course is likely intentional. Either to twist the narrative, or to play with the minds of the audience, before the hero becomes the actual hero in the end. They already have shown six episodes in that both the bully, Thurston, and the hero, Evie are acting out based on pure instinct and anger.

I honestly can’t be more impressed by the acting abilities of the entire cast.

OVERALL: 9/10
The 15 minute format is a bit weird, but considering the creator, Cliff Wallace, originally shot this story as a 4 minute short years back, it’s impressive to see what the story has become for the Facebook Watch series. They drop three episodes at a time, so consuming the content as it drops takes roughly an hour with ads.

The story stands out strongly, and I makes a powerful story and statement. I will say also, I want to give the people behind this show props for hiding political stories in the background, like Gerrymandering, Opiod Crisis, and the like.

Conner’s Final Thought(s):
I would definitely recommend checking out this content, if only for the amazing acting of the cast, and the well put together story structure. Also, who doesn’t have Facebook? Maybe a birch tree.