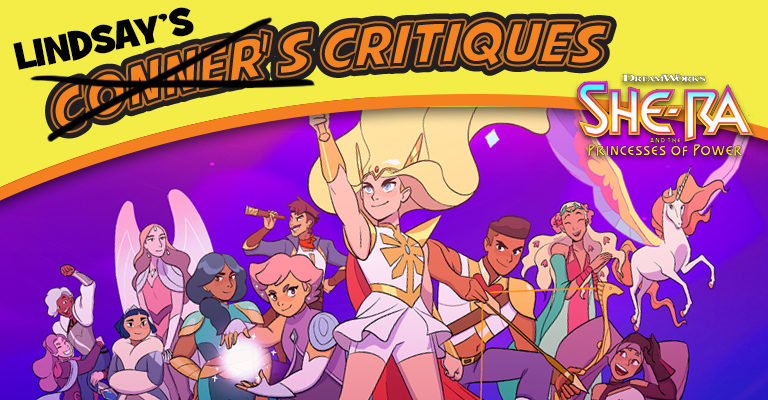 Step aside Conner, I’m taking over this review! Hello all, you may know me from the Wednesday Comic Round-Up posts, but today, I felt the need to do a review about the 2018 version of “She-Ra and the Princesses of Power”!

I grew up loving the 1985 “She-Ra and the Princess of Power”, that’s right, I said PRINCESS. The 2018 version is called “She-Ra and the PrincessES of Power” I believe to make it feel more inclusive? Though this still is the story encompassing Adora (She-Ra). Comparing the original to the reboot, it still contains a lot of the same characters and basically the same story. Orphan fights with the evil Horde until she finds a sword to help transform her to She-Ra and then decided to join forces with the Rebellion against Hordak. Though in the original there was more She-Ra, and in the reboot there is more Adora. 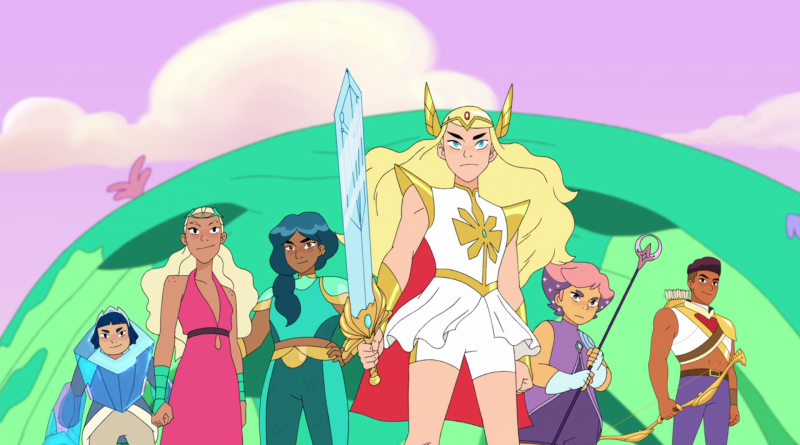 Speaking of more inclusive, the reboot has more variations of character type in body shape and skin color. With the original series, the toy series was in mind in the creation of the characters. So all of the female body types were the same in order to save cost on toy creation by having the same molds. The new series not only has more realistic body types but also more characters for all kinds of people to be able to relate to. With the different princess kingdoms, there are different environments, and so of course the characters should be this different.

Another difference between the original vs the reboot is the reboot is more of a coming of age story, where as the original everyone is basically already a fully grown adult. For the demographic watching, I think this was a good move to allow kids to relate to the characters more. Through the seasons you can also see each character growing into their powers and developing more of an understanding of their powers, instead of just being fully powerful. Also Frosta was aged down to be more of a younger sister type to the rest of the princesses.

So let’s talk about a few of the main characters in this series. It stars Aimee Carrero (“Elena of Avalor”) as Adora/She-Ra, Karen Fukuhara (“Suicide Squad”) as Glimmer, Marcus Scribner (“black-ish”) as Bow and AJ Michalka (“The Goldbergs”) as Catra, Noelle Stevenson (“Lumberjanes”) serves as executive producer. Actually, I really like that a lot of the development, storyboard, and writing team are women! Do you ever pay attention to the credits and see how many involved are women? You might be surprised how low that number is. Props to this show for keeping the equality! 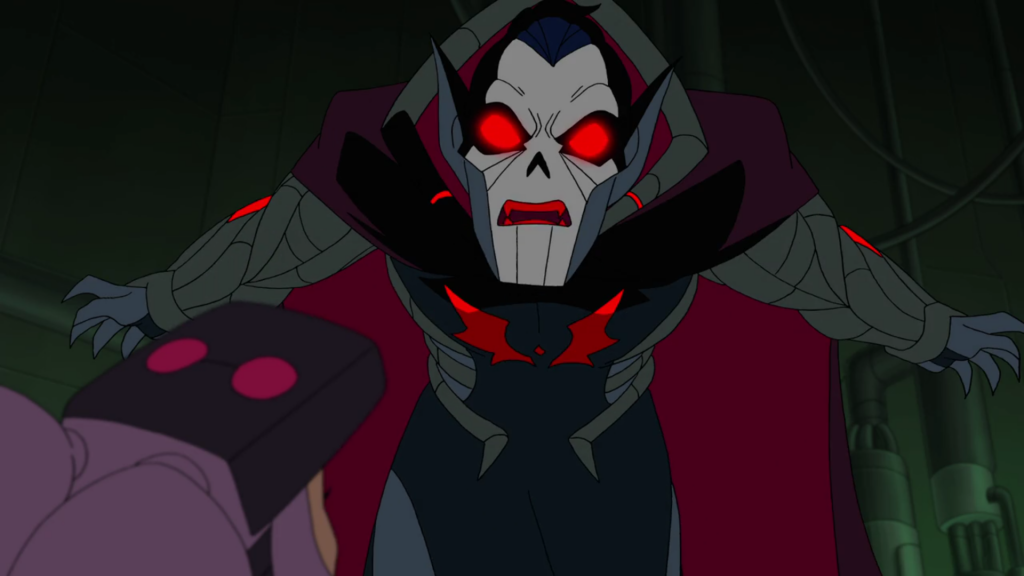 Now that we got some of that background stuff out of the way, let’s talk about the series so far. The series started November 13, 2018 with 13 episodes on Netflix and is produced by DreamWorks Animation. Season two with 7 episodes April 26, 2019 and season 3 just dropped August 2nd with 6 episodes. How many of you binged season 3? I did! I love the stylization of the multi-dimensional characters and pop fantasy world, the emotionally charged relationship between Adora and Catra, the seriousness of Adora’s journey to find out who and what she is, and the fun bits of comedy from the friends around her. Each season has been colorful and fun with interesting new side characters along the way but still holds on to the core of the original series. I give it a solid 8.5 out of 10. Do we rate in .5’s? I don’t know. I would give it a 9 but for me, I still feel this show is geared towards a slightly younger demographic and there are a few moments where I can predict what will happen next. Regardless, very fun to watch and I’ll be waiting for season 4! Officially it has not been greenlit, but I have a good feeling about a next season. 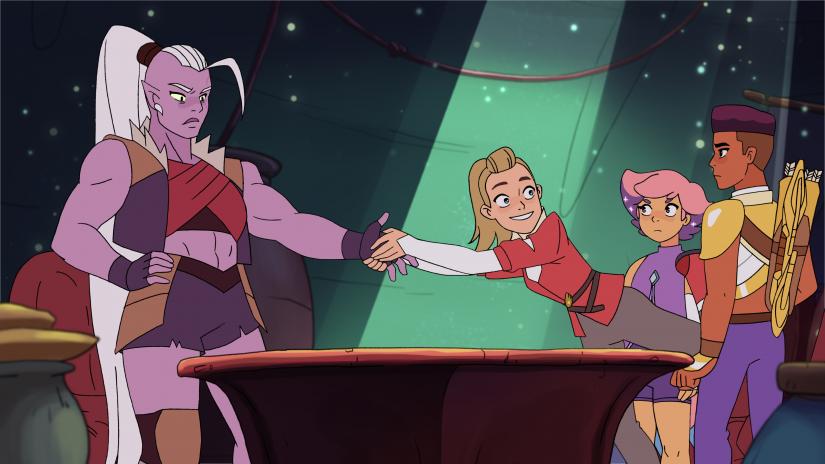 What do you think about the original vs the reboot? Who are your favorite characters? Are you also looking forward to a possible season 4? Let us know in the comments. Oh and… FOR THE HONOR OF GRAYSKULL!!!