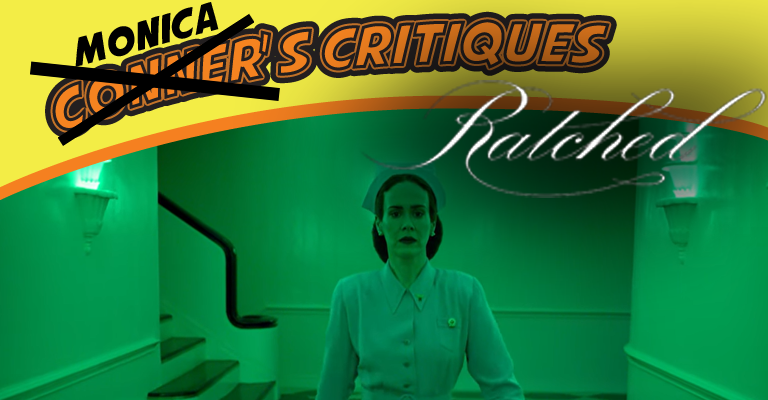 Hollywood is out of ideas, and keeps remaking the same old movies. Well, the creator of incredible originals such as American Horror Story, Nip/Tuck, and The Politician has another thing to say about that!

Ryan Murphy is bringing another incredible story to the small screen with Ratched. It draws inspiration from Ken Kesey’s One Flew Over the Cuckoo’s Nest, following the notorious Nurse Ratched — the namesake of every horrible nurse we’ve ever encountered — as she goes from an average woman with only the best of intentions all the way to the monster we know and love (to hate) from the classic movie and thrilling novel.

Nurse Ratched’s journey is long and arduous, taking the viewer along on a complete rollercoaster of plot hooks, twists, turns, and surprises that puts M. Night Shyamalan to shame. Because there’s so much going on, it’s difficult to explain the story without spoiling it for the reader.

We start off following Mildred Ratched as she approaches her career as a nurse in a prestigious, up and coming psychiatric hospital. She tricks her way into employment and proceeds to plot and scheme her way to the top. Every word she says and every action she makes is carefully calculated to reach her ultimate end goal.

The plot points are intriguing, and the characters are strong. I enjoy the inclusion of LGBT characters, but I do end up confused that the plot showcases that lesbians are being treated at the facility as though it’s a disease, yet when main characters are discovered to be gay, they are not treated by others as being mentally ill. The story also neglects the blatant racism of the time. Cynthia Nixon plays a lesbian who is married to a gay man in order to make them both appear more appealing to their respective career aspirations. They both become successful. However, the writers seem to ignore the concept that interracial marriages were scorned quite a bit in the 1940s, and in fact, had only become legal in California (where this is set) in1948. This simply does not track historically. One could argue that it would be even more dangerous for those two to be married based on their races than it would be for them to be single and gay. 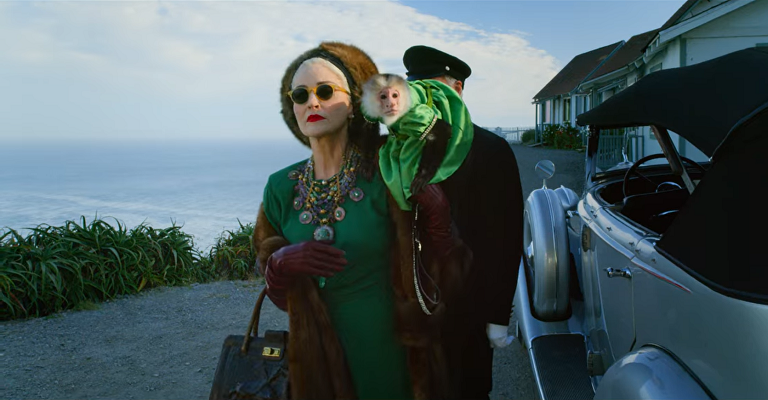 Most of the acting was incredible and on point. There were only a few instances that felt forced, but ultimately I was impressed. Sophie Okonedo was incredible as a character with multiple personalities. Judy Davis, Sarah Paulson, Jon Jon Briones, and Finn Wittrock were all as incredible as we expect them to be.

I was also excited to see many familiar faces, like Sharon Stone, Amanda Plummer, Joseph Marcell, and Harriet Harris! I’m hoping that we can expect Season 2 to also delight our screens with some form of “victim of the week” stars.

Ratched tells a story that we didn’t know we needed to hear. A journey from man to monster, lending some meat to the bones we were left with after watching the chilling character come to life on the silver screen in 1975. Nurse Ratched has become synonymous with the villain caretakers of the world; a concept that is already terrifying to consider. Taking that novel, that movie adaptation, from so long ago and bringing it back to the public eye under a new light is just what the doctor ordered for our time in lockdown.

Fans of horror and drama will absolutely love the series Ratched. Ryan Murphy does what he always does and takes a concept that might fall on its face and he makes it into something truly incredible. Psycho-thriller crime-drama about plastic surgery? Nailed it. High school kids singing? Done and done. Some of those high school kids are now in a slasher that’s also somehow a comedy? Killing it. A chilling look at the life story of one of the evilest human beings ever written that somehow makes her seem likable? You betcha.

I was at the edge of my seat the entire season, and I expect nothing less from something from the mind of Ryan Murphy. It’s worth a watch, and I hope it continues to take my breath away in the following seasons.