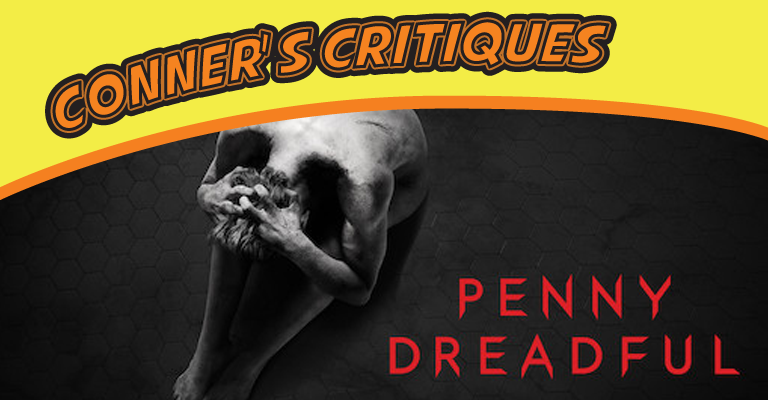 With the current running Penny Dreadful: City of Angels, we thought it might be a good idea to cover the prior show, Penny Dreadful. We were a huge fan of the original show. While both series are made by John Logan, who if you aren’t aware of his other work, you do know his writing on Ridley Scott’s Gladiator. Since the show has been off the air for a bit, we aren’t going to use a warning, you’ve had your chance.

Later down the line we will also cover the secondary season of the show.

STORY: 9/10
The series does not exist in a vacuum. John Logan does not stand alone, but climbed on the back of great literary creators. He steals, (of course from the public domain), characters that are pretty well known. His story uses characters like Dorian Gray, Victor Frankenstein, Van Helsing, the Wolfman, Dracula, and God and Satan as well.

That being said, the story drafted, even though it exists in a public domain world told stories, and entangled the characters in new and interesting ways that keeps the audience entertained. From a cross over between Frankenstein and Dr. Jekyll, to the Wolfman attacking the minions of Dracula, the show creates mash ups that don’t feel forced with the hard work they put into building the world in the first season.

The show was filled with so much skilled talent, and well known names. From the main leads of Josh Hartnett and Eva Green pulling most of the story, and supporting characters of Timothy Dalton, Rory Kinnear, Billie Pipper, and Harry Treadaway this show really brought a high level craft to the small screen.

A lot of people didn’t know that Josh Hartnett left the acting scene, having retired. This was his first foray back into the field and he did not disappoint. While the universe that they inhabit is extreme and unbelievable, they perfectly act and make the world feel real and lived in. A difficult task to say the least.

OVERALL: 9/10
The third season was probably the weakest of the seasons, pulling the audience away from where they felt comfortable, but still entertained and continued the world of Penny Dreadful. The main reason being that the second season closed the door on the world of Dracula, and pushed further to a high stake villain, it felt like lower stakes to push back from Satan and make the shows villain go back to being a lessor monster in Dracula.

I will specifically say a lot of people were upset how the show ended, and how it was kept secret by creator John Logan. Logan specifically said that he always wanted the show to last three seasons, and the actors did not know until half way through the second season that the show would have a shelf date.

It wasn’t even told to the fans that the season finale for season three, was the actual series finale until the actual end.

Conner’s Final Thought(s):
This was the Dark Universe we deserved from Universal, instead of the weak false start we got from The Mummy with Tom Cruise. If you like classic monsters, and would love to see these literary giants interact in a realistic world, then this show delivers on that specific niche.

The show however is stand alone. It is not needed to watch Penny Dreadful: City of Angels, and does not cross over, or at least does not at this time.

Even if it’s not required watching, I do highly recommend it if you are looking for a good show to entertain you in this quarantine.