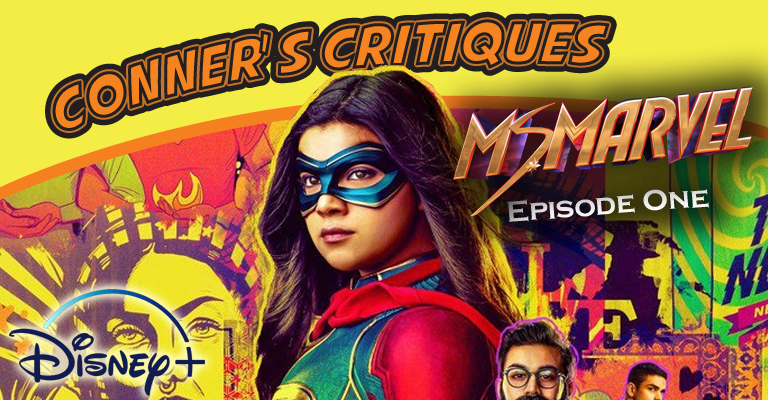 The first episode of Ms. Marvel has aired and a bunch of people have reviewed bombed the series. While it’s fair to say that Ms. Marvel is far from perfect, there have been many controversial things changed regarding the story, and you are allowed to be upset or concerned because of it.

It’s important to say that while true fans may know what’s going on, outsiders may feel lost or not truly understand what’s going on yet. That’s not the series’ fault though, I mean there has only been one episode so far. I know a lot of shows of this nature will give you multiple episodes but due to it being a relatively short limited series,Disney and Marvel is well within it’s rights to only launch one episode for now.

It’s frustrating because you want the show to get to a certain point faster, a point they haven’t shown yet. I don’t think that’s fair though, for the creators and the studio, to then review bomb the series or attack and insult the cast.

Let’s be fair though, due to the ethnicity and the heritage of the main character of the story they were always going to be people that were just not going to like this series. Those people are called racist.

With all the bad media out there and bad reviews from people with bad intentions, I wanted to take the time before the next episode to talk a little bit about the series and what to expect.

As always our reviews break down our thoughts into story, acting, and overall. It’s important to note that this review is limited to just the first episode.

Kamala Khan is just your average teenager making YouTube videos and trying to find a place to fit in within this world. She is weird and quirky but not the most popular kid at school. One of the main differences between her character and her allegory in the real world though is that in the MCU her Superhero idols actually exist.

The series’ first episode only touches down on Kamala Khan primarily before the transformation to Ms. Marvel. It shows her using her powers uncontrollably and then once again indistinctively trying to help somebody from falling.

While they have deviated away from her Inhuman origins so far, that doesn’t mean they can’t go back to it at some point later in the MCU and use it as a reason she is able to do what she can do. The one thing I will specifically say though is that allowing the show to focus on her being a normal human Pakistani and Muslim girl allows for us to connect more with her due to her human heritage. Not making her an alien as well allows for people to be proud to see themselves represented in the series.

I don’t think the episode was specifically bad, I do however think that the story is currently taking a while to get going.

“Iman Vellani does an awesome job as Kamala Khan. It feels as if Ms. Marvel has walked off the pages of the comic books.”

Iman Vellani does an awesome job as Kamala Khan. It feels as if Ms. Marvel has walked off the pages of the comic books. While some of the early artwork of Ms. Marvel shows her a little bit more Muscular, the most amazing visages of the character is represented amazingly by Vellani.

I think Iman Vellani does a great job showing off the body issues of the character. It’s a topic that was very important in the stories of Ms. Marvel.

As for the family in the background of Khan’s life, they all do a great job. Its interesting to see how they’ve changed the parents ever so slightly, specifically her father Yusuf Khan, played by Mohan Kapur, is so incredibly lovable. It’s great to see a very supportive and interesting family dynamic.

I think the show has amazing potential. The artistic styling, cuts, and graphical overlays creates an energy unseen before in the MCU and almost feels like a Disney Channel show, but set within the MCU.

I love the fact that they lean into the creative side of Ms. Marvel, giving her an update to her fan girl hobbies. Hobbies more fitting with our time period. From fanfiction to vlogs.

I hope they continue to address this as if it’s a part of the way the character perceives our surroundings, as opposed to just a fun editing style.