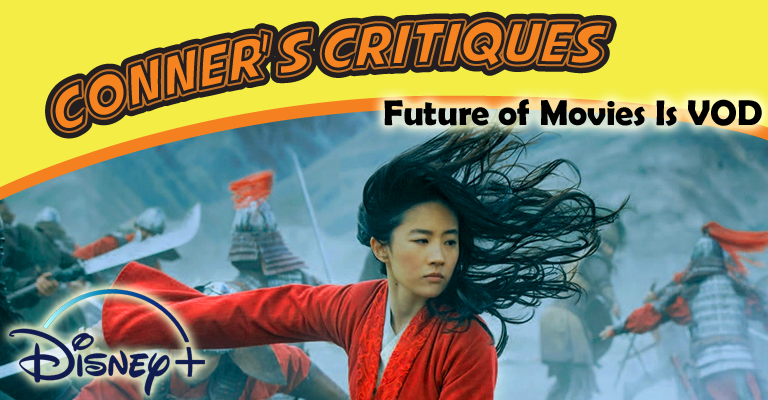 As theaters remain closed until late August, and even that date is speculative, studios who have sunk unfathomable amounts of money into production and advertisement have to make a choice if it’s worth it to continue to postpone their properties, or to forgo the wait and release content digitally and on demand.

Disney themselves have that choice before them with one of their most beloved films. Mulan was originally supposed to release in March, but was postponed three times since the pandemic has ravaged the United States of America. Now Disney has decided the wait is too long, and it’s time to test the waters.

While Disney hasn’t specifically done well with their testing recently, with their Artemis Fowl release, the question of if it was ever going to release in cinema is a big question indeed. Universal Studios however has tested the water, and come off with success and controversy.

How Has The Water Been Tested Prior?

While Universal’s first Trolls movie in 2016 only pulled in $46 million on it’s opening week, the pandemic forced them to release it’s sequel Trolls World Tour online for $19.99, with a 48 hour rental. In the first three days online Trolls World Tour pulled in $95 million, doubling it’s numbers from the prior film. This of course caused the spat with AMC theaters, which was only recently resolved by allowing the theaters to collect on the backend some of the VOD money for their potential ticket sale loses when the movies go online in 17 days.

So now that Universal has put in so much of the ground work, Disney is willing to join the fray, and what happens might change the movie industry moving forward.

On September 7th 2020, Disney will be releasing Mulan on the streaming platform Disney+. The movie will cost $29.99 and will require a Disney+ subscription for $7.99.

So even if you are one of Disney+’s 60 million subscribers, paying for the service, you will have to pay the premium to gain the access to this film. The good news is that this is not a rental. Once paid for it will remain in your catalog for viewing on your account for the foreseeable future. There is no word though if the film will debut on the streaming service for free later, but it would be odd if all new movies on the platform will have to be paid for.

For interested fans not in the USA, you may not even have to go this route to see the movie, as Mulan will release in theaters at the same time in countries where they are able to be open.

Will This Be The Future Of Disney Releases?

That’s a big question, but for it to change the future of Disney theater releases, it would have to make sense, money wise.

Lets take a look at the prior live-action remake market from Disney:

So to be honest, for this to actively change Disney’s stance on theater releases, the VOD release of Mulan on Disney+ will have to pull in over $150 million in the first week of release. However, we may see a temporary change during the pandemic if they can at least pull any where near $90 million.