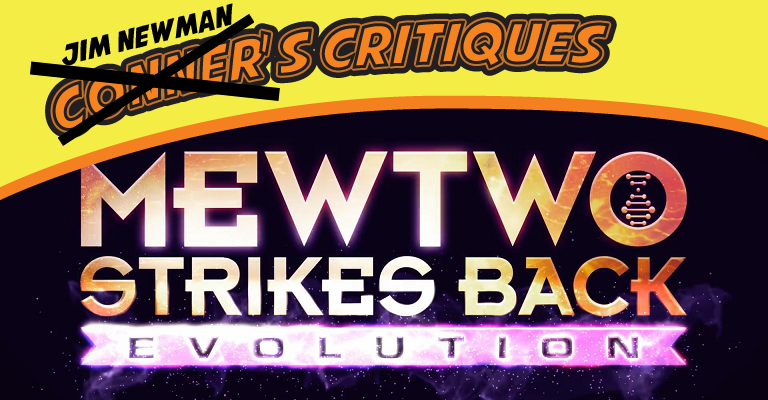 So I am, like many of you, on lockdown. And while I do have my usual Pokemon GO and Indie Book Spotlight content still in the pipeline, all play and no work makes Jim a dull boy! That’s why I thought I’d try my hand at something a little different today. This is something of a think-piece on the newest Pokemon movie. I hope you enjoy it!

If you’re a Pokemon fan with Netflix, you’ve probably watched Pokemon: Mewtwo Strikes Back – Evolution. And let’s be honest about it – there’s no amount of conflicting press that would have stopped you. Even if you’re not into the idea and didn’t see the need to remake the original, you’ve probably watched it. Because new Pokemon content is new Pokemon content and being as Pokemon is literally the world’s highest grossing franchise, Nintendo, Game Freak, Creatures Inc. and everyone else with a hand in creating Pokemon’s multimedia empire know we’re in this for the long haul.

The movie released on Netflix on Pokemon day. Almost a full month ago. I watched it as soon as it came out… and keep in mind I was one of those who didn’t really want them to remake it.

So, how does this new iteration stack up to the original?

First, allow me to wax nostalgic about a simpler time. 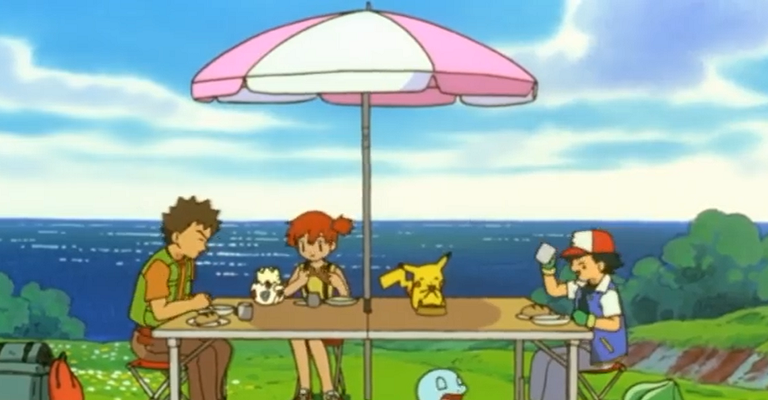 When it was announced that the show and game I loved was getting a movie back in the year 1998, I was ecstatic. Two of my best friends were likewise pretty excited. We came from a small town on the coast with no movie theater, so, it was rare we ever went and saw a movie together because it necessitated a 45 minute drive and we were kids with little disposable income. We had to wait until 1999 for the movie to even make it to our shores, but it was honestly worth it. Besides, we had the newest games in the series (Gold and Silver versions in Japanese) to keep us occupied and build the hype for the last little stretch before the movie came out.

This movie tied directly into the show, with a concrete place in the timeline of the first season of Pokemon, and the episode where the two interconnected had played on TV just a couple of days before. We were excitedly talking among ourselves and other people in line – and I have to stress that this was a pretty rare occurrence for us. This was back in the earlier days of internet culture, before social media had really taken off (All we had was Livejournal.) And the biggest difference between then and now? Not one of the three of us had a cellphone, let alone a smart phone. (Those didn’t exist yet.) And so, it was kind of surreal, meeting people in a different town who had just as much love for the property as we did.

We were greeted by an employee of the theater who was giving out Pokemon cards (I still have mine somewhere. It’s a Dragonite.) and then ushered in to watch the movie.

At the time, it blew me away. It cemented Mewtwo as one of my favorite Pokemon (My absolute favorite then, as now, was Furret. Or as we called it at the time due to no localization having happened yet, Ootachi.) and it took something I had a genuine love for and kind of made it an obsession for me. And I’m lucky that it did! That obsession was something I shared with more and more people every day and it led me to making some amazing friends and, eventually, meeting the lady who would become my wife.

But enough about me, let’s talk about the movie itself. Does it hold up to scrutiny 20 years or so after the fact?

Honestly, by today’s standards? It’s showing its age. Compared to the animation (2D animation.) of today’s anime movies, it’s pretty simple. Some of the background characters look awkward. The places where CGI was utilized look a touch rough. It’s not BAD. You can still watch this, enjoy it, and not be taken out of the experience by the art for the most part, but if we were just judging it based on the quality of the animation? Yeah. I could see wanting to re-do some stuff and update it for a modern audience.

The music is still great. I know that some people are less pleased about the intrusion of big name musicians (For the time.) into the soundtrack because it makes it more a part of the regular, mundane world as opposed to its own thing. You hear Britney Spears, you know it’s Britney Spears, you know Britney isn’t a Pokemon and so it kind of brings you out of the experience. Plus, it can date some of the stuff you’re watching, making it very specific to the time period in which it was released. 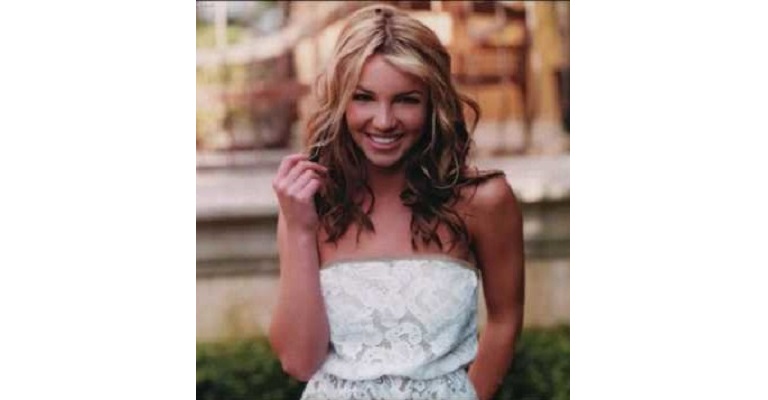 I’ve always taken sort of the opposite view. I like when the media I enjoy features stuff from the ‘real’ world. Keeping things grounded and relatable isn’t bad in my opinion. (And speaking of Britney, she threw a Pokemon themed birthday party for her sons. So. That’s awesome!) And I’ve never seen things being dated by the music they chose as a bad thing. Think about classic media released decades ago that so effectively captures nostalgia due to the music, the dialogue, the ambiance in each scene… media by its very nature can’t exist within a vacuum. It’s a product of its time. Own it.

And what about the story?

The story is pretty great. It’s very simple overall, without any of the odd complexity that plagues other Pokemon movies later down the line. It is, at its very core, a monster movie. Instead of Godzilla or Nosferatu, though, the ‘monster’ is Mewtwo. He’s tragic, he’s misunderstood, he’s Victor Frankenstein’s new breed of man but in the body of a big purple and white psychic lab rat. And we are left at the end with the absolute certainty that even though Mewtwo plays the role of the monster and does it well? The real monster was his creator. Mewtwo is just figuring out how to deal with the aftermath of what was done to bring him to life in the first place and he has no-one to help him until our hero steps in to pick up the reigns. 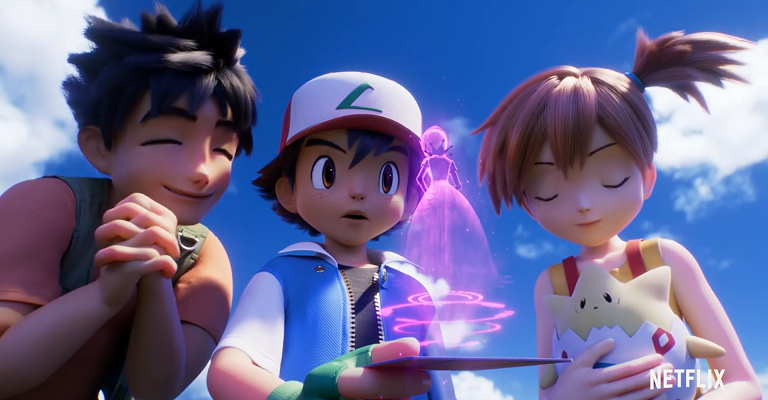 This is not a shot for shot remake as some people have accused it of being. They do re-use some shots. A lot of shots. But there’s enough different to know that they went through and put thought into which shots to keep and which to update.

The animation is nice. I’m much more of a fan of 2D animation. I think this is a by-product of when I grew up. There’s a charm to it that I think it’s hard to replicate in CGI animation unless you’re Pixar or Disney or Dreamworks on one of their better days. This film obviously takes a lot of care with the way things are done – there are some great atmospheric effects, fire, smoke, particles and textures. The human character models themselves don’t exactly translate into the 3D space as well as you’d hope they would. And the shift in animation style drastically alters the colors and composition of a lot of the movie. Even the atmosphere of Mewtwo’s Island lair (The island of Dr. Mew-reau?) seems lighter, more airy, much less threatening. There’s a lightening of the color palette which gives the place a distinctly different feel. The original’s colors were dark, deep, angry colors offset by sulfuric yellows and deep reds. Everything had an air of menace to it that’s not present in the remake.

The score is competent, but nothing leaps out at me. And here’s the kicker; I’m so used to certain songs being in the original that when they aren’t there in the remake it is jarring. When all the Pokemon are beating each other up, to not hear Brother my Brother is weird. It feels like something vital is missing.

The story is pretty much the same and it’s told well. There’s notable dialogue changes, though, and some of them are for the worse. Remember Meowth getting ready to face off against his clone, and then they don’t because the clone knows that they don’t need to? That they have more in common than they are different? It was a touching moment of humanity from a couple of cat monsters. 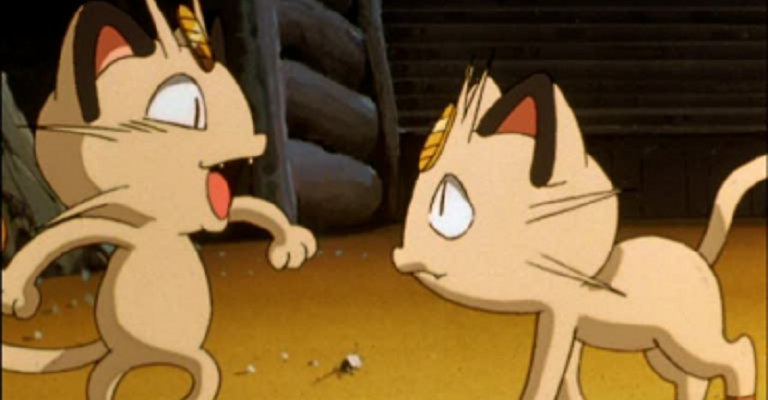 “We do have a lot in common. The same earth, the same air, the same sky. Maybe if we started looking at what’s the same instead of what’s different… well. Who knows?”

Sure, it’s kind of corny and very, very on the nose. But a nice sentiment.

I mean… sure. Okay. They’re still finding commonality in a roundabout way, and you could argue that it’s a little more subtle and nuanced because it refers back to the lore of the series. Meowth like circular objects like coins and are primarily nocturnal, so a circular full moon is probably of particular interest to them. And it’s probably more in character for Meowth (A known crook, as he might call himself) to react this way instead of expounding virtuously on the topic of acceptance of the Other. But it definitely lacks the punch of its original iteration.

It does fix a few errors that were present in the first version. No longer does Pikachu electrocute a Golem. They don’t mislabel Sandslash as Sandshrew. Little continuity things like that. And there’s a joke that Brock makes that calls back on a weird dubbing contrivance from the first season of Pokemon, when it was still dubbed by 4Kids. This had me laugh out loud. They changed Team Rocket’s Vikings scene into something altogether different and I’m left wondering why. Were people of Scandinavian descent offended by the initial joke? Let me know in the comments.

So, all in all, does this version of the movie deserve to exist?

I know I probably sound pretty down on it but I have to acknowledge my own bias, here. 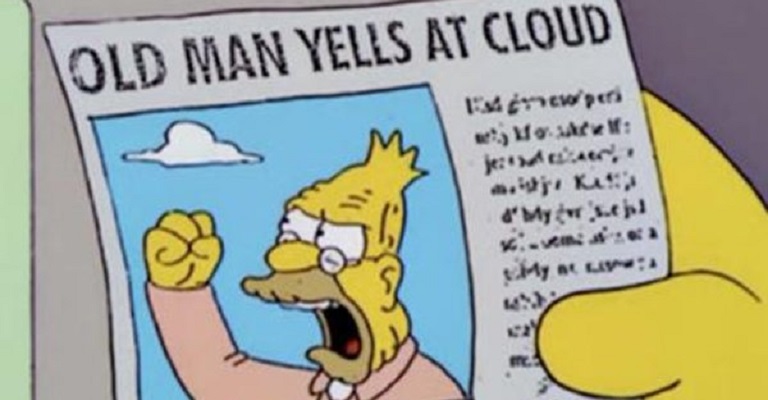 The original was kind of a watershed moment for me… as weird as that is to type about a cartoon movie featuring colorful animals and the children who own them. There’s so much tied into my love of the series and nostalgia is one helluva drug. And this evolution of Pokemon: The first movie isn’t the one I’ve loved for twenty or so years, but, it could well be the favorite movie of someone newer to the series. Or maybe to someone who, like me, has been there since the beginning and wanted to see this story retold by fresh means. And it doesn’t take away from the original – I still have that available to me any time I want to relive 1999.

Plus, we are getting a new movie, soon! Pokemon the Movie: Coco is due in July of this year.

In short, give Pokemon: Mewtwo strike back – Evolution a shot.

I just wish they’d done the Pikachu short as well. I think that may have translated a little better.