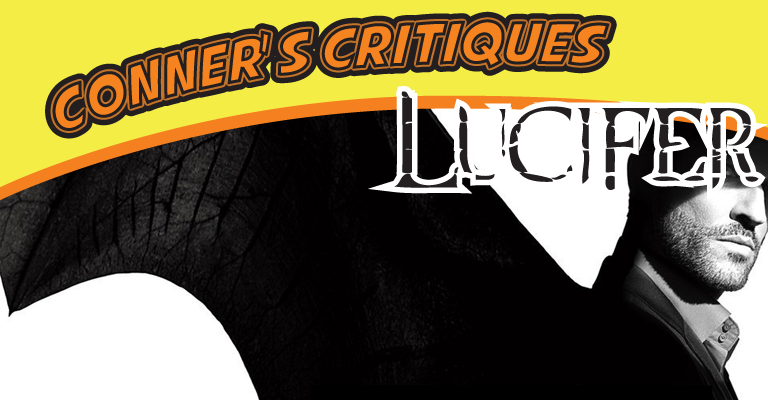 It feels like now is a safe time to be able to talk about Lucifer without worrying about releasing spoilers. That being said I now release my critique of Lucifer season 4.

The major change up this season, has to do with the fact that Fox cancelled DC/Vertigo’s Lucifer. After a very long and arduous fight, by the fans to bring back the show, Netflix decided to play savior to the Devil, and rescue this show from Purgatory.

That being said, we like to break this down to the three categories: Story, Acting, and Overall.

STORY: 8/10
There’s a lot to talk about with regards to this season, specifically the three villain fake-outs. The show early on, setup a concept of the two main characters, Chloe and Lucifer, at odds with the fact that Lucifer is the actual Devil. Thankfully the fake-out comes and resolves quickly, as the main characters re-acquire some semblance of a portion of their prior relationship, finding a way to move on from the realization. In resolving the main character’s schism, the show set up the other possible villain of the season, the Catholic Church. Father William Kinley, is a very believable villain, as he pulls many strings throughout the season and lets the audience know that the church is aware of Lucifer’s existence.

Once Eve entered the picture, a lot of people were predicting that she would end up being either intentionally or unwittingly the villain of the season. While in some way she did lead to causing the final and major fight of the season, after all is said and done, it is clear she is not the main villain. It’s actually clear that circumstance of the world is the true villain of the season. While this sounds like a cheap cop-out, it was awesome to see that be the actual conclusion of the season. It left me excited to see where the new season will go, and thankfully that Netflix just announced a fifth and final season for Lucifer.

ACTING: 9/10
It’s important to note that even though the show was canceled and brought back they were able to keep hold of all of the actors, which is not an easy fact since the show was I’m holding pattern for quite some time. That being said the acting of the characters, did not drop off or disconnect from the stories of the prior season. Nothing fundamentally changed except for the growth of the characters in the conclusion of the prior season through the new season scenarios.

OVERALL: 8/10
All Things Considered, Lucifer was and is a fun an enjoyable Twisted biblical Tale, Worthy of vertigo’s heritage. The good news is that if you haven’t watched this show yet, all four seasons are available on Netflix. I Only Hope season 5 comes faster than season 4 did.

Conner’s Final Thought(s):
While the fans are starting a petition already for Season 6, I think giving the show an end season, and two additional seasons then Fox is acceptable. Allowing it to end with dignity, and to resolve the question of why God placed Chloe in Lucifer’s path is a good decision. However, I would like to see God actually show up in the show. We can hope…