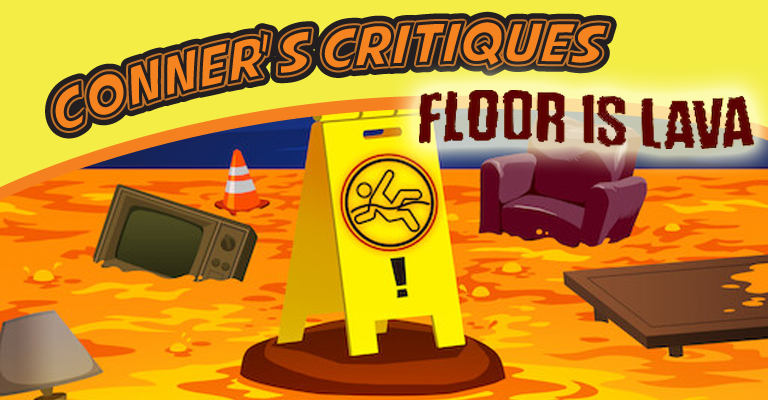 Who doesn’t remember at some time playing the floor is lava as a child? This ridiculous children’s game was all about getting around a room, without touching the floor. If you can wrap your head around that, then you already understand the concept of this Netflix game show… Now turn that up to eleven!

We are changing up the critiques, since it’s a game show, and are changing the three categories to: Game Design, Contestants, and Overall.

Game Design: 10/10
So, the idea of this game is fun, but when you see what they did to bring the concept to life, it is next level. 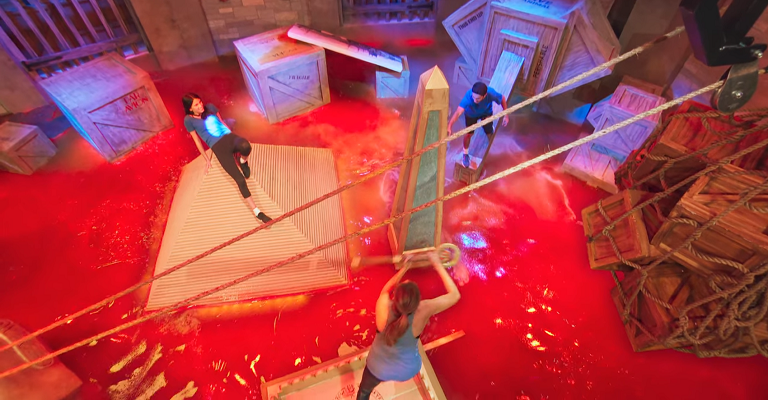 The liquid looks to be dyed, and potentially mixed with soap to get the froth effect. A little known fact about these types of games, they use soapy water to make the surfaces hard to stand on, so they create more interesting engagements from contestants.

The thing that is really cool about the game is that they hide multiple paths, and multiple features within the rooms to create an interesting playthrough. Buttons and ropes can either make your journey easier or coat all the items in “Lava” as the fluids bubble up around the contestants.

All in all, it’s really well designed.

Contestants: 6/10
I gave this a ding here because the name of the game is to get as many across from your group, faster than other teams. In games like Wipeout, they can allow multiple people of different physical capabilities because the player is not disqualified for simply falling into the water, and usually almost everyone does at one point.

Because of the all or nothing mentality of this game, the people involved in the challenges are not your every day joe, but people who are a little more physically fit, and it’s noticeable.

It’s not horrible though, because most of the contestants are interesting enough to not be boring.

Overall: 7/10
For $10,000 divided amongst the winners, this isn’t the most profitable game show you can compete in. However, I hope the low price point will directly result in more seasons of this fun show. Additionally, I’d love to see then do a finalist version for a little more money, maybe at the end of the season. The way they do it now, just makes it feel eh, when the season ends.

Conner’s Final Thought(s):
If you want to see people fall, and go splash into some fake “Lava”, then you need to load up Netflix for this series right now! If you are an adult, with no time for childhood whimsey, then you are heartless and can skip this game show.