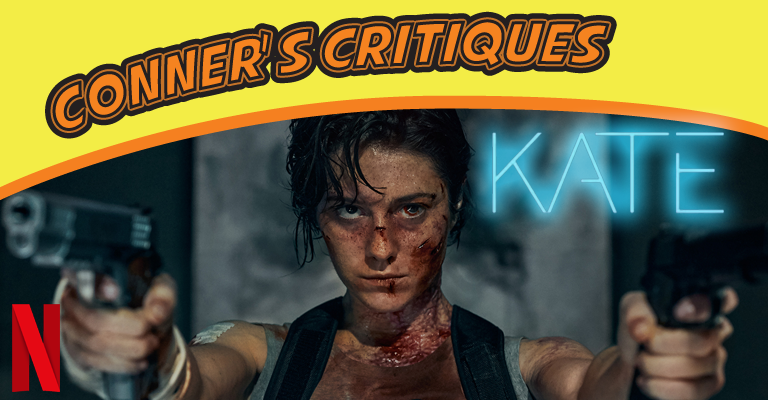 We love a good rampage film. One of our favorite early films was the Mel Gibson action film Payback. If you haven’t seen it, then I highly recommend that you check it out! But the reason I bring that film up is because of Netflix’s new film, Kate starring Mary Elizabeth Winstead. This is part of Netflix’s commitment to bring out a major film to the platform every month.

STORY: 6/10
It’s not an amazing story unfortunately, it’s a revenge story about an assassin filled with a twist at the end I saw coming from the first scene. That being said, it didn’t take away from the film that it was predictable. Let’s be honest, you don’t watch a rampage film for the twists, you watch them because you empathize with the person who was wronged and you live out the fantasy of pretending that it’s exactly what you would do if someone betrayed or crossed you in a way that caused lethal and permanent damage to you or your life.

The action and storytelling of the movie though are still enjoyable if not a bit by the numbers. Hell, I still got a lot of deja vu with regards to the film Crank.

I will say a little more about what makes this movie stand out more in the next section, the acting.

ACTING: 9/10
There is something magical about Mary Elizabeth Winstead’s performance of Kate. The action is impressive, the way she presents Kate on the screen as cool and calculated in her actions, with weaknesses added to her by he failing body, the over-the-top action feels like it has stakes. It’s almost as if you can believe that this super-human assassin might not make it even though you know that it would ruin the film if she didn’t.

The other aspect I love about this film is Ani, played by Miku Patricia Martineau, and the way she interacts with Kate. Starting from a place of animosity, followed by survival bounding, akin to Stockholm Syndrome. The journey feels believable, and the young and bratty youthful attitude is very fitting for her character’s backstory.

As far as big bads go, Jun Kunimura and Tadanobu Asano’s representation of members of the Yakuza is well measured as old and new guard respectfully. You can believe their actions, and how things play out as Kate blows up their entire organization.

OVERALL: 7.5/10
When it’s all counted up, I really enjoyed this movie. Sure the ending is predictable, sure the story isn’t the most unique for the genre, but the journey was fun, enjoyable, and all of the talent within it are delivering top performances!

Conner’s Final Thought(s):
If you are looking for an action film to really get your blood flowing, then this film will get the job done. The action mixed with Mary Elizabeth Winstead’s acting really sells the movie. I highly recommend this film even though the ending is a bit sad and tragic in its nature.