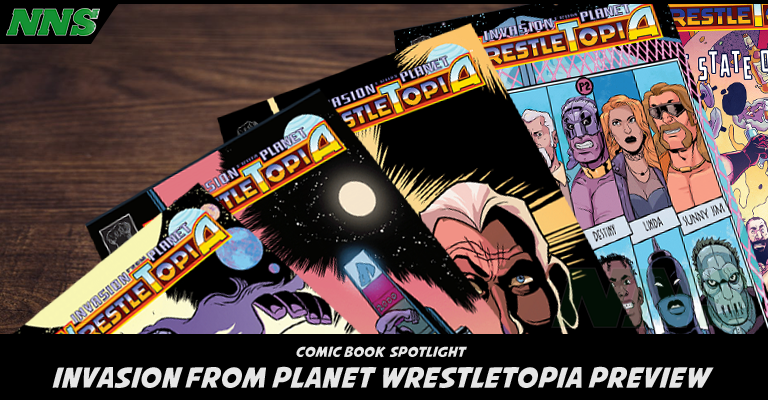 Another day, another new comic series to read. And if you love science fiction and wrestling, have I got the perfect comic for you to pick up! What’s up everyone? It’s your girl Megan, coming right back at you with another comic book review! I wanted to spice things up for you guys and introduce my first comic preview review. I’ll be publishing 6 separate reviews for each comic in this series called, Invasion from Wrestletopia. This sci-fi wrestling adventure was written and created by Ed Kuehnel & Matt Entin. As you guys know, I am a sucker for comic book art and always want to praise the artist when they do a good job bringing an idea and concept to life. Hats off to Kendall Goode for doing exactly that!

Recommended to readers aged 12 and up, this story is all about a disgruntled professional wrestler (Dolph Ziggler, is that you?) who declares himself “Galactic Champion of the Universe,” (King Corbin has now entered the chat) which causes Earth to be invaded by extraterrestrial wrestling aliens who view it as an act of war! I am a huge WWE fan, so I was especially intrigued by this story because now I can only imagine John Cena and Roman Reigns battling some alien pro wrestlers on Friday Night Smackdown.

Let’s talk about art! It’s your typical comic book art, but its charm is focusing on the details of the characters and their features. I am digging the use of bright colors against the contrast of darker backgrounds to grasp your attention to the ongoing action in each panel. 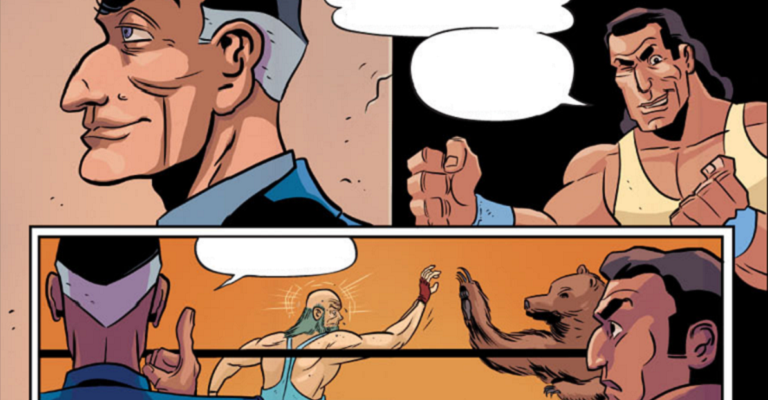 I am definitely excited to dive deeper and binge the whole series! Be on the lookout for my full-length reviews coming to your one and only Nerd News Social. If you want to read along with me, you can pick up a copy Here! Join me next time as we embark on our next comic adventure together!