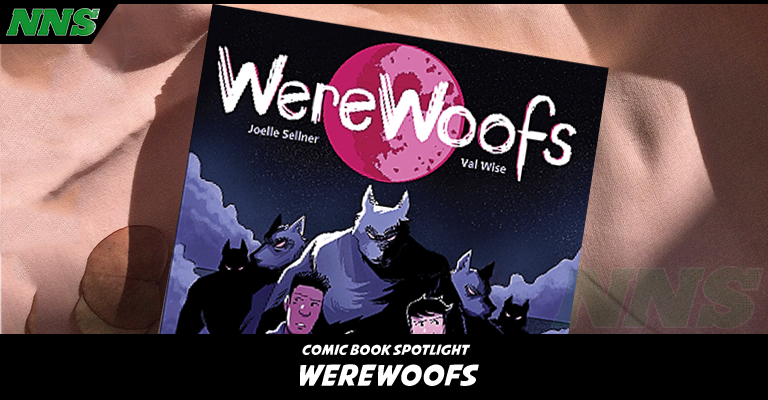 New Paradigm Studios was founded by Brandon Perlow, a 3D artist. While New Paradigm Studios is a relatively young publishing company, they aim to change the way people tell traditional comic books. New Paradigm Studios, currently also publishes the Watson and Holmes comic series, but today has given us at Nerd News Social a peek at their new series called Werewoofs written by Joelle Sellner with art from Val Wise. While there exist many versions of werewolf lore and many kinds of origin stories on how one becomes a shape-shifting wolf, this comic takes the moonlight legend and shapes it in a new way for young adult readers to enjoy.

The setting is a high school in a town near a forest. Our main characters are first met in training, a father and daughter bonding moment. Mara, the teenage daughter, is a bit of a loner who doesn’t mingle much with other students. Shortly after we meet them, Mara’s father disappears. A group of students have been attacked, bitten in the night. Mara finds herself at the center of these mysterious happenings while trying to find out what has become of her father.

Sounds like something you may have read before? You will be pleasantly surprised! The comic takes some unexpected turns and adds fun to mix with the character dynamics and cartoon designs. I enjoyed this comic from cover to end and I’m looking forward to what may come in the future with the unique twist to this werewolf tale.

This book is coming out this winter, and you can find out more information, and where to buy it here at New Paradigm Studios!