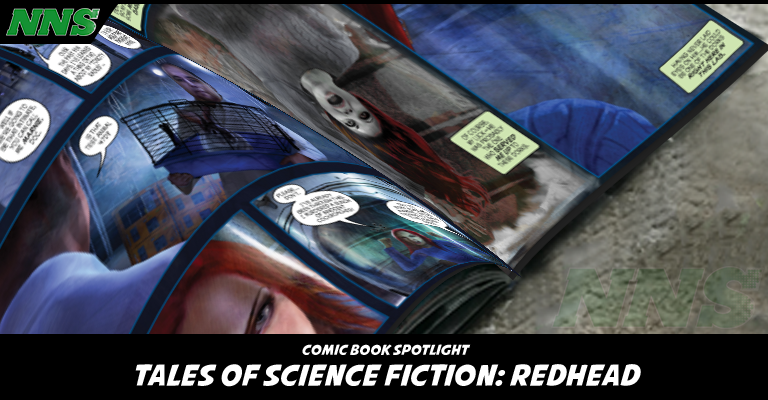 What’s up everyone? It’s your girl Megan coming right back at you with another comic book review! I had the absolute pleasure of reading and enjoying another edition of John Carpenter’s Tales of Science Fiction. A couple months ago, I reviewed Surviving Nuclear Attack, which you can check out Here if you haven’t read it yet!

I already have high expectations for this publication of Redhead #4 (out of 5). This chronicle was created by none other than the true horror film icon John Carpenter and his talented partner in crime Sandy King. It was fantastically written by Duane Swierczynski and art was brilliantly done by Jason Felix. They say you can’t judge a book by its cover, but you’re going to want to when it’s done by Tim Bradsheet. The simple dark silhouette of a feminine character against a blood-red backdrop is *chef’s kiss* truly exceptional. This is recommended for mature readers, aged 17 and up.

Set in an undisclosed military location outside of San Diego, CA, we meet Marnie Young. A red-headed, blue-eyed Marine who is currently in a secured test tube being monitored and studied by doctors and science interns. Unfortunately, she isn’t being examined for a scrape on the arm. You see, Marnie isn’t really your girl next door type of character. She has this strange condition that gives her the power to… well, make people blow up and make body parts rain down like money in a strip club. You would think these doctors and lab scientists would try to help her and find a cure for this cursed condition she has. Instead, she is turned into the subject of cruel and unusual experiments that test what triggers her “toxicity radius”, which is what the evil mad scientists call it. 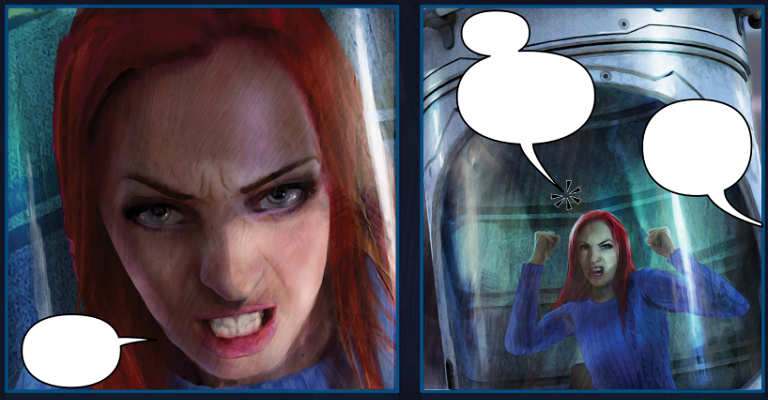 One of these tests is rabbits on robot cars being remotely driven to her to record the exact moment it leaves the outside of her radius and if they explode like the humans did. Thankfully, she uses the powers of her mind to shrink the field and avoid hurting the rabbits (point for Marnie for avoiding bunny murder!). She starts to figure out that her powers are going to be turned into the ultimate weapon for the government and definitely doesn’t want to stick around for the horrific evil scientist party that isn’t ending anytime soon. Even though they did feed her In-n-Out (I’ll have what she’s having!). 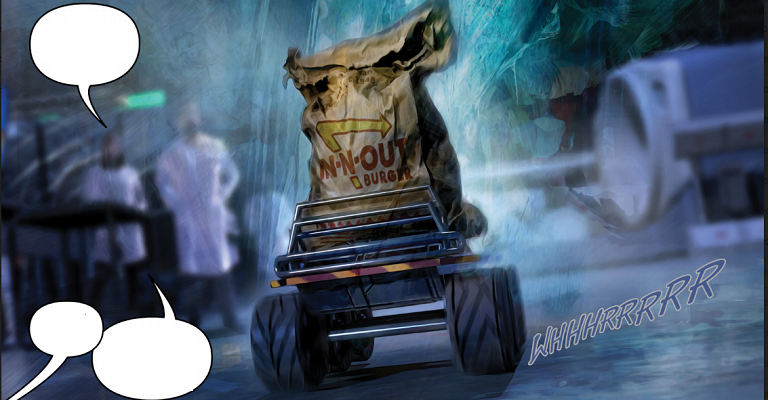 Marnie now knows she can control the microbiome, which is what her “toxicity radius” is actually called, that surrounds her and yeah a bunch of presumably unpaid interns died because of it, but she feels in charge of her unique powers and is ready to do whatever she has to find out who she really is… read for yourself and be prepared for the thrills and chills!

Let’s talk art! First off, I do have to say that this is some of the best art I have ever seen in comics/ graphic novels. I love how rich the colors are, making the characters seem like they can come alive from the pages. You can see the lines in the contortions they make in their facial expressions and it looks almost identical to CGI art you see in movies. The blood and gore is on point, but there is a lot of it throughout the story. So if you get grossed out by this level of graphic violence, this may not be the comic for you. It’s synonymous with a horror film.

I also wanted to insert my favorite line from the comic: “Whenever something horrifying happens, you can count on the government to turn it into a weapon.”

You can pre-order the paperback Here! You definitely don’t want to miss that! Stay spooky and I’ll see you on the next review!