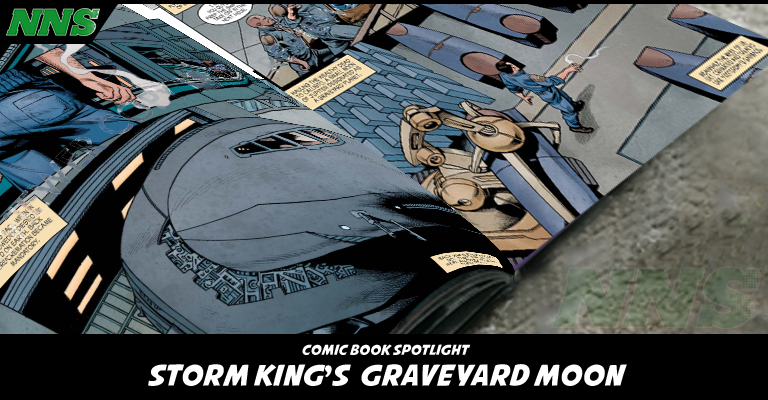 I don’t know if it’s something anyone else has mentioned before, but can I take a second to commend Steve Niles on his intro letter at the beginning of Graveyard Moon? It feels not only like a love letter to the craft, but in full support of Sandy’s amazing venture into comic books. I am incredibly happy and impressed by how much Storm King Comics has done to not only give a voice to independent comic book designers but to hold up even further the industry of horror-themed comic books, when other comic book companies appear to be shuttering their less favorable and mainstream titles.

Now to talk about the book though…

Graveyard moon isn’t your traditional modern set horror comic book, so much that it’s a sci-fi romp into the genre, without leaning to campy into the Jason X realm. In fact, things don’t really get to horror-themed until about one-third of the way through the comic book, leaning more on the sci-fi aspects to set the stage. It’s not an unlikely pairing though, as most horror movies dealt with science fiction in some way or another, as the unknown technology of the future caused so much fear in humanity. Hell look at the premises of Black Mirror for more proof of that.

This story, however, focuses on the disparaging difference between the poor and rich, and while that is a very modern concept in today’s world, it’s made even more extreme by a futuristic sci-fi setting. In the world of Graveyard Moon, society has overcrowded Earth, and while we don’t see much of the planet, a picture is well painted in one scene, as the space ship leaves the planet having been forced to dodge between satellites to take their journey, some even in disrepair. 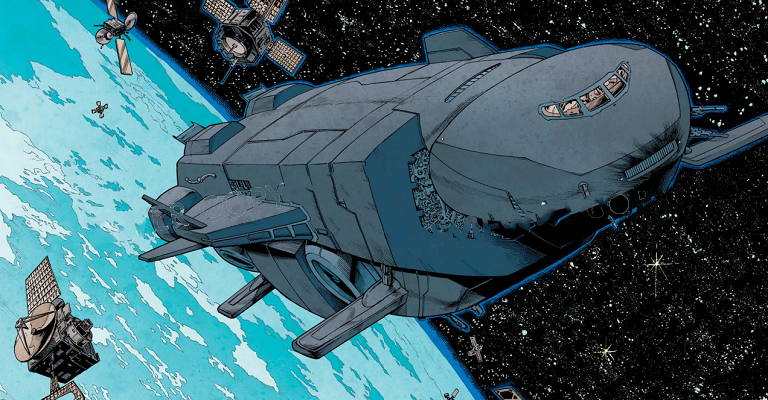 The solution, no more graveyards. I know the title is Graveyard Moon, hold with me. All the land on Earth is needed for the living, so the poor are cremated, and the rich have the option to pay big bucks to be sent to a moon of Jupiter if they want to actually be buried, and have a gravestone to be remembered by.

While the idea of the rich getting their own moon to be buried on, while the poor are simply burned might not completely resonate, I want to let it sit in for some people that the average cost for burying a body and all the bells and whistles in California is $9,665 and the national average cost is $7,360. With the most basic, drop and burn um, cremation costs still averaging $1,385 in California and $350 nationwide.

It’s not unheard of for the rich to see their death as one last status symbol to rub their wealth into the faces of their friends and the poor. This story just takes it to another level.

I don’t want to delve to deep into the main hook of the comic, but everything goes awry when the crew of the space ship decides that the wealthy don’t need the benefits of the prizes they intended to be buried with. While the idea of breaking bad, fleeing for their lives, all to rob 55 graves seems paltry to me in exchange for the consequences, I clearly misappropriated the amount of money the wealthy must have had to be buried on a moon, because the crew is able to fill 5 duffle bags with their ill-gotten goods. I do however think that the space ship might be worth more, but since humanity has colonized space, maybe it’s more like the value of a car at this point. 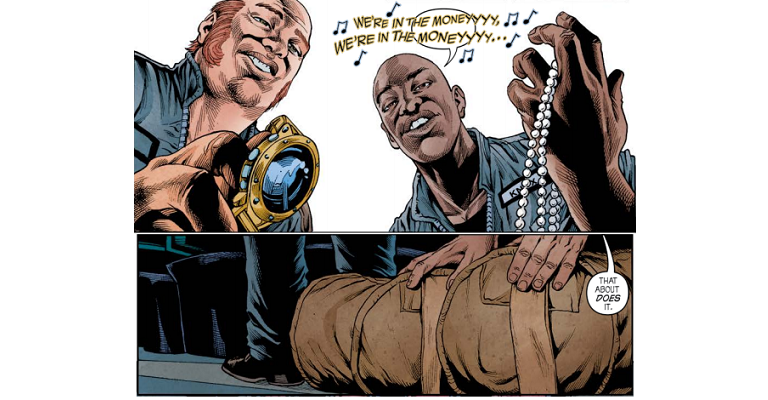 I will say the story from this book is very down to earth, but amplified by the science fiction setting. I really enjoyed the journey through the comic book. This story reminds me of the Creepshow short story films when I was a child.

If you want to get this comic book yourself, you can pre-order the comic Here.