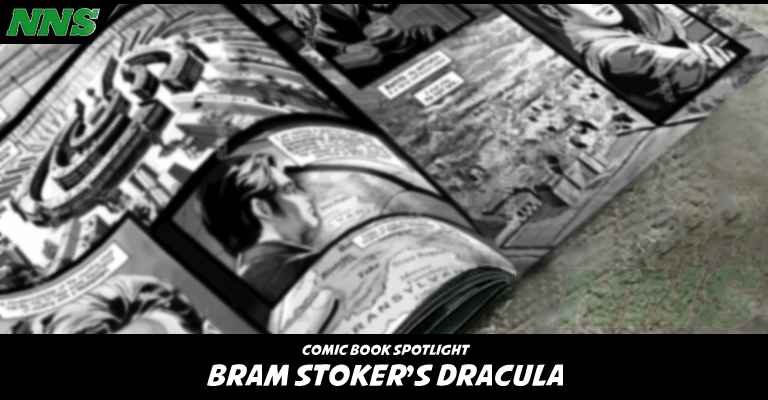 While Bram Stoker passed away in 1912, he clearly never got a chance to see one of the most iconic representations of his works with the actor Bela Lugosi, which was released in 1931. The 1931 movie though was not like the original story. I can only imagine that it would have upset the original creator.

Now Legendary Comics, and Robert Napton has taken the masterpiece from Bram Stoker, and finally given it the faithful adaptation that it deserved, righting that wrong. Further, and with respect to the representation of the character by Bela Lugosi, they have decided to use his likeness for Dracula, thanks to the skill of El Garing.

One of the things I really like about this awesome graphic novel is the space given to Lynne Lugosi Sparks, telling the story of Bela Lugosi from his own granddaughter. It’s amazing to understand his life, leading into him taking on the iconic role which most people will know him for many more generations to come.

Broken down in seven chapters, spread out through 200 pages, this graphic novel will have you journey through the feet of many characters. From Jonathon Harker, Mina Harker, Abraham Van Helsing, and even Dracula himself. As you journey through the story from over a century before, it’s awe-inspiring how engaging it is. How, with the help of the art of the graphic novel, it can hold your attention.

Whether or not you are a fan of the original source material, or never heard it before, this is an amazing graphic novel to read and enjoy. While it is not exactly family-friendly for all ages, as a result of the food of choice of the female vampires, but shouldn’t be an issue for older generations.

If you want to pick up a copy of this awesome graphic novel, you can do so on November 3rd, 2020 when it releases to the general public. You can pre-order the book Here, for a $29.99.