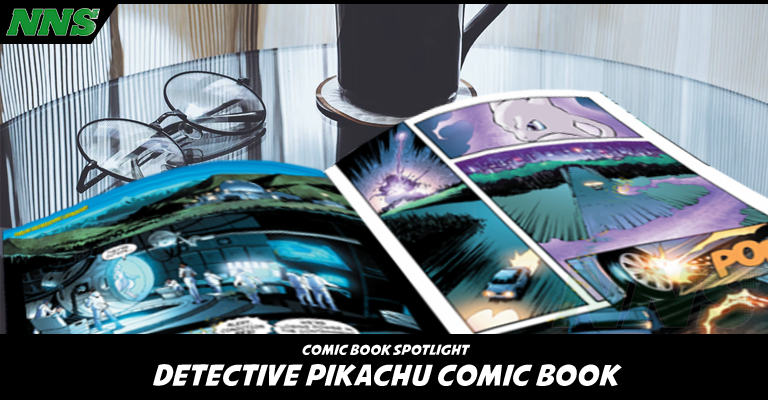 Trainers! Need some more Poke’media to tide you over while prevented from traveling far and wide? How about a comic?

I know I don’t usually talk about comic books on the site. We already have regularly scheduled comic content by Lindsay (And those articles are great! You should check them out!) but considering this is a Pokemon book, I figured I’d take a STAB at it. Couldn’t hurt, right?

For the unfamiliar, Detective Pikachu is based loosely on a Nintendo 3DS title of the same name. It’s one of the few Pokemon games that I haven’t ever played! Pokemon side games and spin-offs and I have a weird relationship. It’s complicated. But my wife played it and enjoyed it so I can only assume it’s probably pretty good. 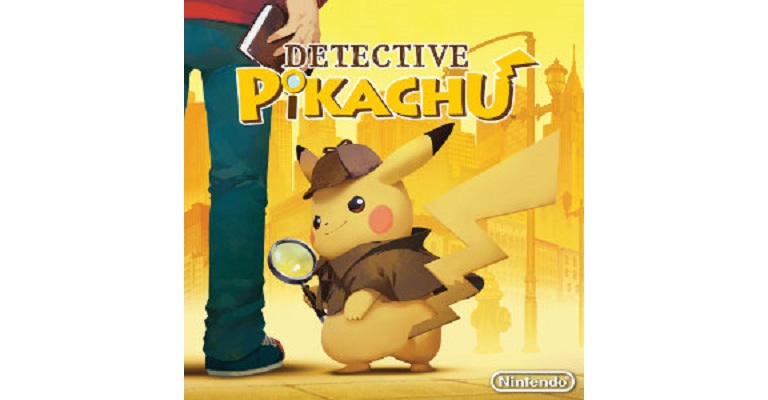 Interestingly enough, when it surfaced that there was going to be a live-action Pokemon movie produced and that it was Detective Pikachu of all things, there was a pretty heavy online push for Danny Devito to voice the title character. Would you have preferred that? Or is Pika-pool more your speed? Let me know in the comments!

(Oh, one small, super obvious note just to be entirely safe: Spoilers lie ahead for the movie this comic is based on. If you haven’t seen it yet but want to, do that before reading this comic book. I’ll wait.)

Tim is a lonely guy. One of the few of his social group who hasn’t moved out of his home town to pursue bigger and better things, we find him hanging out with a friend who has tricked him into going on an adventure to catch a Pokemon. Cubone! The lonely Pokemon.

Tim shrugs off this way-too-on-the-nose attempt at friendship (It’s equal parts helpful and sick burn.) and tries to catch the Ground Type in good faith. Not only does it go terribly, (Because he doesn’t weaken it first. It’s like some old guy never interrupted these guys’ day to tell them how to catch a Pokemon.) but once he’s done, he also finds out from multiple voice mails he was unable to receive out in the wilderness that his Dad died.

His father, Harry, was a detective out in Ryme City. This is a magical place where humans and Pokemon exist in perfect harmony – no Pokeballs, no trainers, no battles. Just cooperation and solidarity.

We come to find out that Tim’s relationship with Pokemon, and his father, and this entire world is complicated. (It would have to be for someone in this universe to actively seek to be working in insurance. You could have been Lance the Dragon Master but instead opted to be Jake from State Farm.) But he heads out to the big city to get his Dad’s affairs in order.

Once in his Father’s apartment, he discovers two things; he regrets not trying harder to reconcile with his Dad and also that there’s a Pikachu in the house who can talk with the dulcet tones and hilarious, whip-smart rapid-fire wittiness of Ryan Reynolds.

It’s been quite a day for poor Tim Goodman. And it’s about to get even worse! Releasing an unknown chemical agent in the apartment near an open window causes a bunch of Aipom to go absolutely bananas and chase Tim and Pikachu with an obvious intent to kill.

Want to know more? Check out this book!

So, what form does this book take?

This is a pretty straight adaptation of the source material, carefully restructured from the movie into comic book format. There are a few minor changes and most of these are omissions. For example, Tim and Pikachu no longer mime pouring gas on Mr. Mime with the threat of pretending to set him on fire. 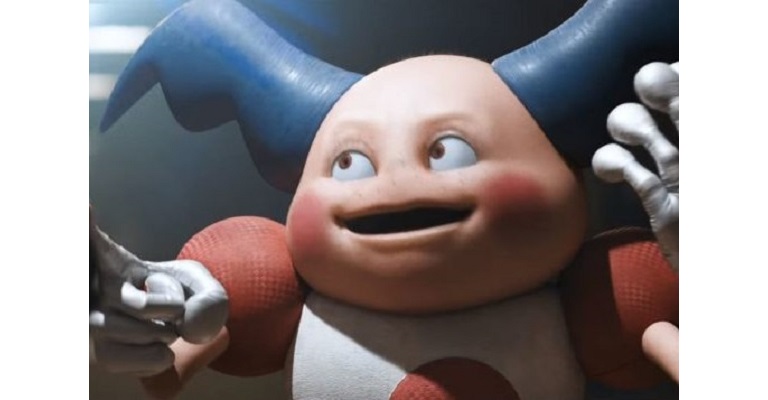 Some parts of the movie that don’t work within the confines of the universe are also kept in. Psyduck’s Psychic Type Attacks should have no effect, even environmental, on the Dark Type Greninja. (That’s not how this works. That’s not how any of this works.)

The art is that of a Western-style comic. Honestly, this isn’t my stylistic preference for Pokemon-related media. The art definitely isn’t bad and in fact, there’s a lot about it to like, (The back of the book includes some character sketch work that is absolutely top-shelf.) but given the art style of everything else in the franchise, I probably would have opted for a more Manga influence. Of course, that would be less true to type adaptation of a world that explicitly featured real people and realistic Pokemon… but this comic opts to do pretty game/cartoon accurate Pokemon anyway. And considering the movie had some pretty sweet Sugimori styled character art of the human characters as part of its credit sequence, I would have opted to go that route. 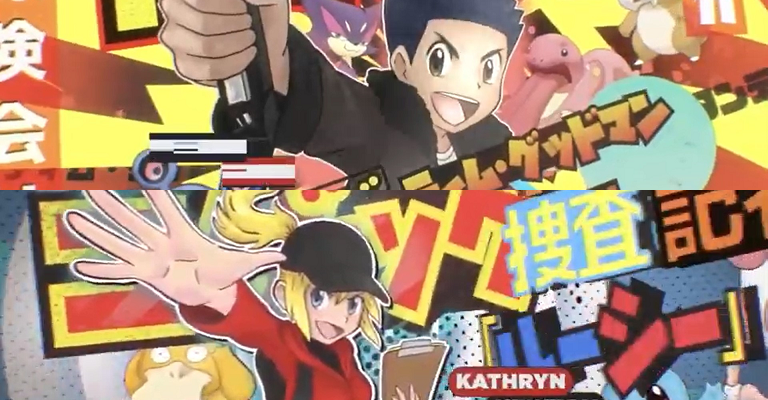 And again, that’s just my preference. I think the target audience of this book will love the art as-is. The colors are especially nice and the linework is bold and clean.

In short, if you loved Detective Pikachu: The Movie and want to relive the story in a comic book format, or you know a younger Pokemon fan who loves comics? This is going to be a must-purchase for you.