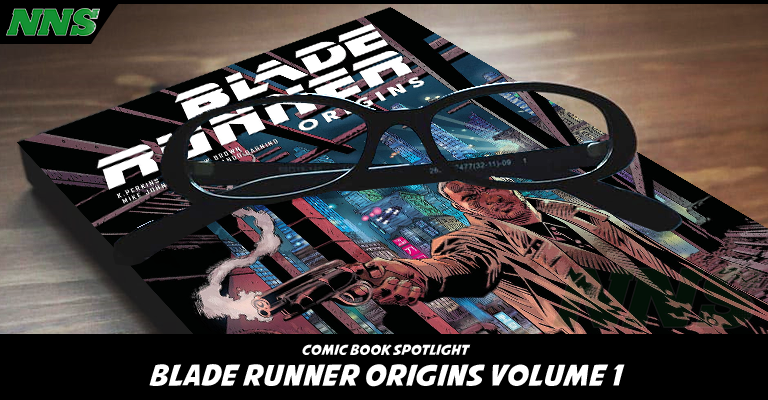 Here’s another one from Titan Comics, this time we delve into the world of Blade Runner.

As a fan of the Blade Runner movies, I am really interested to see how it all began.

Detective Cal Moreaux is assigned to a case at the Tyrell Corporation, involving an apparent suicide. As he investigates he sees there is more to the case than he is supposed to see or question. As the story continues he is drawn deeper into a web of lies, and a case that is not as open and shut as he was told.

I really did enjoy the comic, it has various levels of commentary on society that really echoes the tone and mood of the movies. The dark gritty style of art also help bring about the feelings of how bleak everything seems. The story really does fit into the work of Blade Runner. The last panel of the comic is definitely one of my favorite parts and makes me want to read the next issue.

I would recommend this to fans of the Blade Runner Series, as a way to learn more of the history of what we know and see where it all began. For those unfamiliar with Blade Runner, it would be a nice introduction as you don’t need any previous knowledge to follow what is going on and you can learn about everything along with the characters as the series progresses.