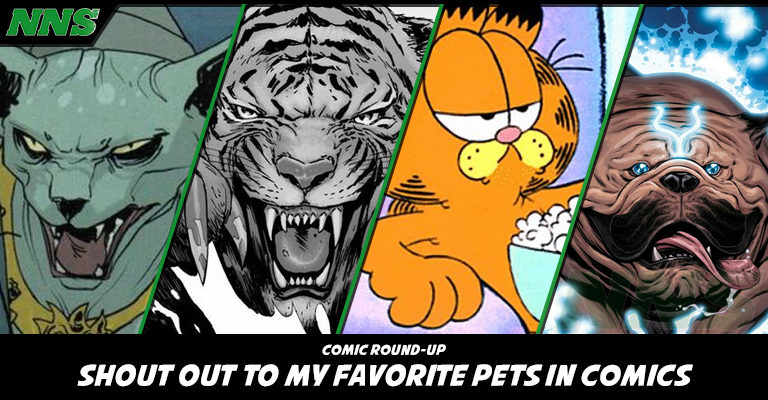 Shout out to all the fuzzy creatures out there that we love more than some people, and I’m sure you know who…. Last week being National Pet Week, I wasn’t able to give a proper shout out but will redeem myself this week with a REDO! National Pet Week, usually takes place the first full week Sunday through Saturday in May to celebrate the relationship between pets and humans founded by the American Veterinary Medical Association back in 1982.

How to celebrate? Well there are many ways! You can donate to a local shelter, you could give your pet hugs, kisses and treats, or we can talk about my very biased favorite pets in comics! Since this is Comic Round-Up, we will celebrate with the comics option but I will give my little honey bunny Lucky, who I adopted from the L.A. Rabbit Foundation, some hugs, kisses and treats. 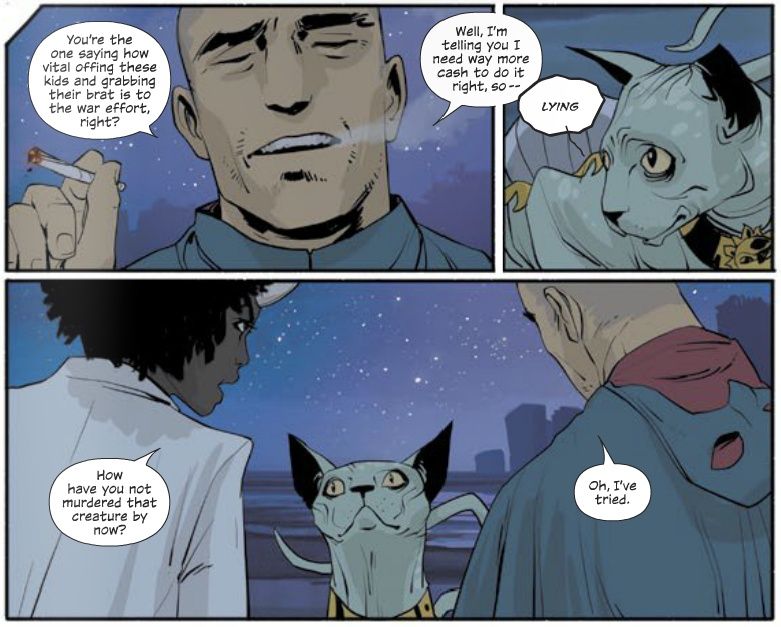 Lying Cat is The Will’s sidekick with the ability to target lies when they are deliberate and will respond by simply saying “Lying”. Though Lying Cat is the runt of her litter, she has also been seen viciously taking down armed men if necessary. 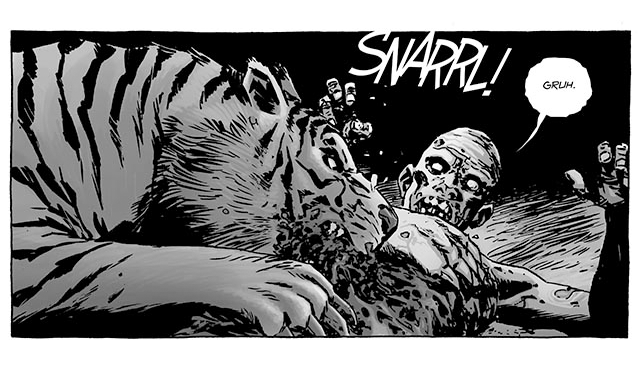 She resides in the Kingdom with her owner, Ezekiel, who she protects at any cost. The reason for this is because Ezekiel saved her when she was badly injured in her enclosure, Ezekiel decided to save her and then they survived together through the apocalypse.

For the one person who may not know who he is… Garfield, created by Jim Davis, is portrayed as a lazy, fat, and cynical cat. He is noted for his love of lasagna and sleeping, and his hatred of Mondays, fellow cat Nermal and exercise. 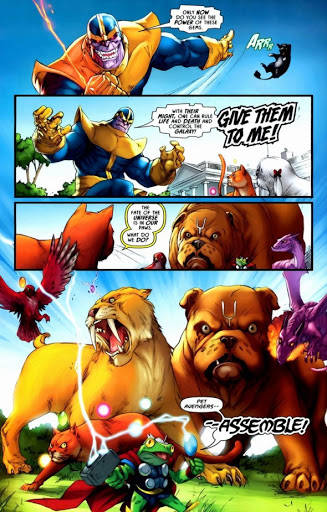 The Inhumans are an ancient race that diverged from human beings over 25,000 years ago. When they come of age, they are exposed to the Terrigen Mists. Each Inhuman experiences different results. One Inhuman dog was transformed by the same Mist. He is now known as Lockjaw and serves as a companion to the Royal Family. Born on the island of Attalin, Lockjaw’s physical appearance is that of a giant bulldog. His primary purpose throughout his life has been as a teleporter for Inhumans’ and escorting the Royal Family of the Inhumans.

There are other ways you can help a great cause without spending anything. For me, I use https://smile.amazon.com in which you use that site to order the same Amazon productions you would from Amazon.com and you can pick a good cause that will get an automatic donation based on a portion of what you spend on the site without any fees or cost to you! Another way I help out is by connecting my Ralphs groceries card to the L.A. Rabbit Foundation and so for no money or fees on my part, Ralphs will donate to them when I shop there and use my grocery card number at check out.