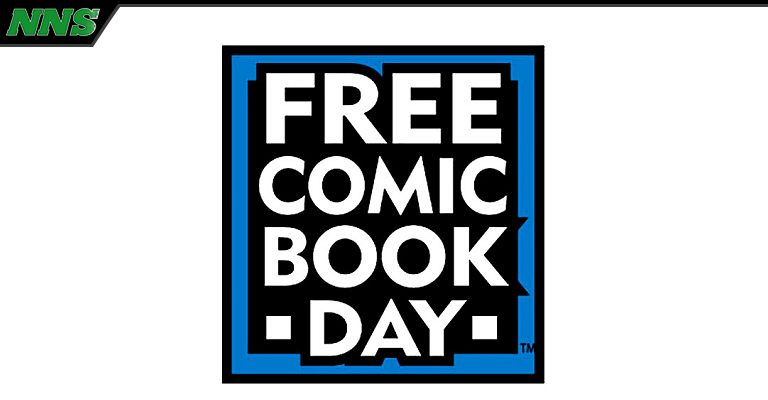 This Free Comic Book Day is a really cool one because it also falls on May 4th (A.K.A. “May the Fourth Be With You“, or Star Wars Day).

This is a great opportunity to pick up some interesting Star Wars comic books!

Star Wars has had comics made by various comic books, first by Marvel, followed by other notable comic companies like Dark Horse, and IDW, but today they are primarily made by IDW and Marvel.

Some of the comics are/or were intended to be canon, some are clearly not. One of my favorite comic books from the many published, focuses on Tag and Bink. 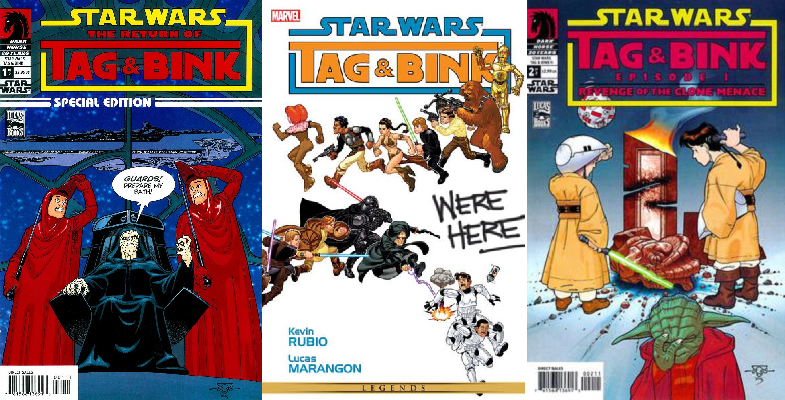 Tag and Bink stared in “Tag and Bink Are Dead” in which they were rebel soldiers who were captured, to survive they pretend to be storm troopers and wish to escape but along the way cause trouble for Darth Vader in the final scene of Episode IV.

What follows after in their series, is the continuation of them being shoehorned as parody into other movies, from Episode VIII, and then back to Episode II and Episode III.

I highly recommend if you are a fan of Star Wars, and are able to laugh at it a little bit, that you check out the short series, “Tag and Bink“.

How well loved are Tag and Bink? Well Ron Howard wanted to put them in “Solo: A Star Wars Story“. Jon Kasdan and Toby Hefferman were actually supposed to portray Tag and Bink, but the scene was ultimately cut. No one knows the status of the final portrayal of the scene, but it was supposed to involve Tag and Bink escorting Solo after he was kicked out of pilot academy.

I would have loved to have seen that. It was included in the novel, “Solo: A Star Wars Story: Expanded Edition“.

So what are you planning to do? Do you know that lots of places celebrate Free Comic Book Day, and it’s a great way to get to know your local brick and mortar comic book shop?

Here are some places hosting pretty amazing things in major Cities/States around the U.S.A.:

Ventura County
In Ventura, you can spend some time with Ryan Parrott, of Mighty Morphin Power Rangers by Boom! Studios from 11:00 A.M. to 3:00 P.M. at Arsenal Comics & Games (3431 Telegraph Rd., Ventura, CA).

GEORGIA
Are you around Buford, then stop by and visit Andy Price of My Little Pony, and Batman Comics starting at 10:00 A.M. at Galactic Quest (4264 Sudderth Rd. NE, Buford, GA).

TEXAS
Opening an hour early for their customers, Writer Matthew Rosenberg, of Uncanny X-men, The Punisher, and New Mutants will be signing with writer Donny Cates, of Venom and Guardians of the Galaxy from 10:00 A.M. to 10:45 A.M. at Carpe Diem Comics (101 N. McDonald St #110, McKinney, TX).

Check with your local comic book store for more!