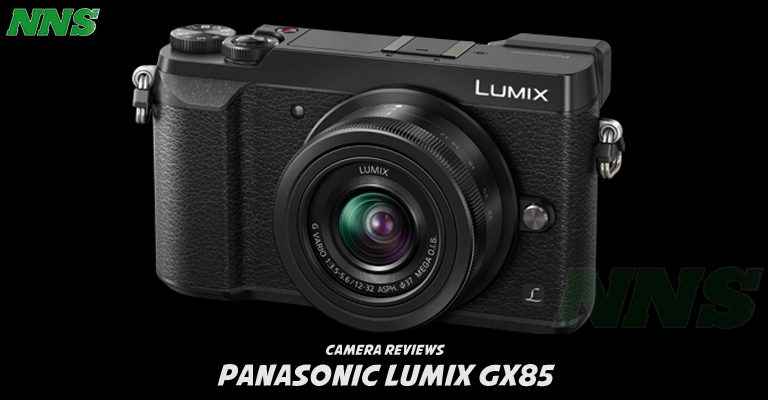 This little guy is one of the newer in the Lumix line’s mid-range cameras, and definitely one of the greats at a small size and small price. At only $599, you get a low-profile mirrorless that packs a punch for its size!

A good camera with a decent portrait lens range, but the aperture isn’t ideal for a good portrait unless you work some technical magic to get the bokeh you want. Good for recording experiences, though! You could use this to capture outings with friends, take some shots of the city during the day, and it’s small enough to fit in your bag or hang on your shoulder without causing discomfort.

My biggest issues are stated in the “Cons” section above. These are actual deal-breakers for me. While the performance of the GX85 is similar to that of the G7 and G85, while boasting a smaller format, the lack of the fully articulating screen, and the dials on the body don’t work at all for my needs. I’m frequently shooting from strange angles where I need to see the screen, and where I need to be able to change settings on the fly, and the GX85 just doesn’t allow me to do that.

That being said, the GX85 is nothing to sneeze at! This is a fantastic travel camera. It’s like a pro-line point and shoot with the option to swap lenses. I’d definitely recommend this to anyone who does a lot of traveling and doesn’t like to carry a lot of stuff, but still wants professional-looking shots.

Do you have this camera? What are your thoughts? Let me know in the comments!