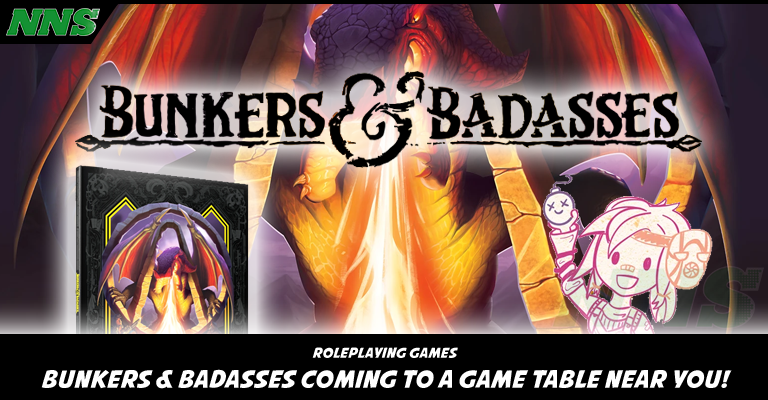 Are you a fan of Roleplaying? Are you also a fan of the amazing Borderlands Series from Gearbox? Well then is this article just for you…

If it’s not, you can still read. We don’t judge.

In Borderlands 2, Tiny Tina convinces the vault hunters to play a Roleplaying game, “Bunkers & Badasses” which she uses as a method to emotionally get past the fact that SpoilerRoland died at the end of the game.

It was released as an expansion, and was well-loved and appreciated by everyone. It was a fun and interesting deviation from the lore of the game, while still fitting the feel, and giving us some fun with the characters playing the voice-overs of the players of the RPG.

Well if you were a fan, or want to be now that I’ve told you about it, you will be happy to know that they are releasing an actual Bunkers & Badasses RPG Sourcebook!

The book will include:

With this game, you can create your very own vault hunter something the video game hasn’t even let you do! Use ten Vault Hunter classes and skill trees based on the lore from Borderlands 1 and 2!

The sourcebook will even let you create your own adventures if the three provided campaigns aren’t action-packed enough for you, or if you don’t want to play them over and over again.

The Deluxe Edition is temporarily on sale, but is normally $119.99, and includes:

From now until October 30th, pre-order…ers can take $20 off their purchase of the Deluxe Edition!