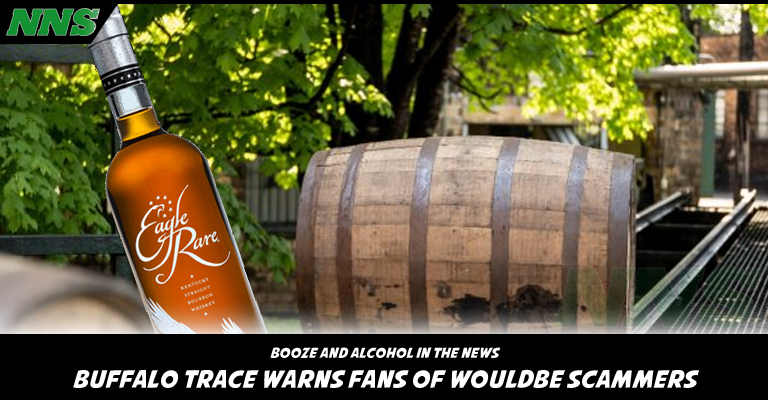 A lot of people who love and are interested in alcohol likely are aware of the unfortunate issues that have befallen Buffalo Trace‘s distilleries in the past, and a lot more have learned about Pappy Gate from Netflix’s recent series Heist, (see our review of the series Here).

Now instead of stealing bottles directly out of the warehouse, online sites have been setting their eyes at defrauding not the distilleries, but the clients that are trying to get their hands on Buffalo Trace‘s premium and distinctive liquor.

Now Buffalo Trace has to stand up and warn their fans of the situation. Consumer frauds have made their way through social media, and have left several fans disappointed as they pay and then get nothing in return. Some cases the clients only get empty bottles.

People who did receive bottles of anything found them to be counterfeit and instead of using the metal toppers, they were topped with plastic fake toppers.

Brands targeted have been Blanton and Double Eagle’s Very Rare Bourbons. While Buffalo Trace has taken steps to bring legal action, which has resulted in several of the sites being shut down, the situation continues with others. We only warn people to be wary of companies promising these amazing bottles of alcohol at incredibly low prices.

Remember that it’s illegal in all but six states plus the district of Columbia, it is illegal to ship alcohol directly to consumers. If alcohol is being shipped to a state where it’s illegal to do so, then it’s a definite red flag. Additionally, if the company is in another country, most of the scammers are located overseas.

Buffalo Trace Distillery does not sell its whiskies online, and does not work with others to do so. Remember that and be safe.