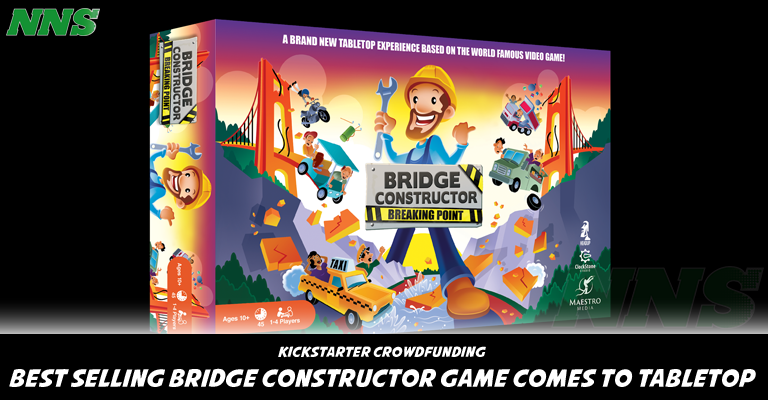 If you haven’t played the best-selling video game Bridge Constructor, or any of the games in the series, then you have missed out on a lot.

We ourselves have even covered their most recent version of the game dedicated to the series of The Walking Dead. See our coverage of that game Here.

Now their newest version of the series is the in-person tabletop edition from Maestro Media. Maestro Media has produced such amazing games such as The Binding of Isaac: Four Souls, Tapeworm, and Sugar Heist, so it makes sense that HeadsUp Games would turn to them for their most ambitious version yet with art from Charlie Hill!

This version of the game will be launched on Kickstarter this September, and it’s about time!
Engineer the best bridge with limited supplies in this tabletop game that is set for players over 10 and designed for 2-4 people.

Sign up to pre-commit early to the campaign Here and receive two additional exclusive vehicle cards for the game.