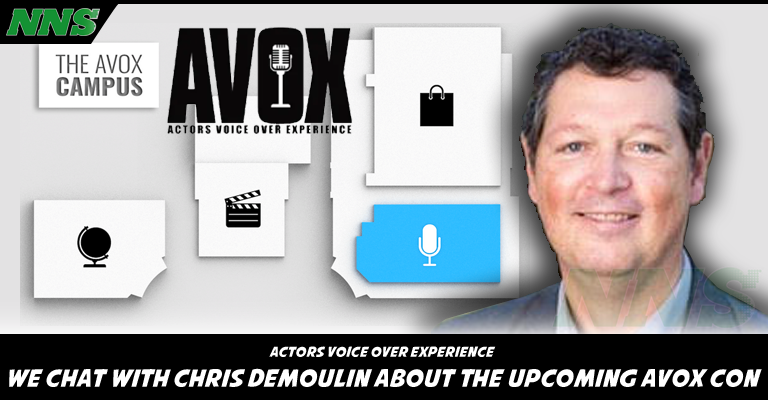 AVOX is being broken down into four sections of the experience. When an attendee purchases a ticket for the event, they have access to all four sections. The way that you attend the event is very interesting, people will be given a color that will determine the order in which they can attend sections of the convention throughout the day.

If you specifically want to attend any section at any time, then you’ll need to purchase the VIP access ticket.

THE STAGE
The first and center of the convention will be the Stage. Here the guests of the convention will host discussions and Q&As with the crowd. This is similar to the experience that is housed on the main stage of the Los Angeles Comic Con. Additionally the stage will be used for improv skits and pre-recorded content.

The audience will even get to vote on certain aspects so make sure to spend some time here!

THE SHOWCASE
Similar to the main stage, but focussing more primarily on panel-based content, attendees will be able to see live, virtual or in-person, discussions, sneak peaks and exclusive content that will only be viewable at AVOX.

If you like to be in the know before all of your friends, you’ll be spending a lot of time here!

THE STUDIO
Workshops were a unique experience to Los Angeles Comic Con this last year, a more intimate setting for fans to pick up skills with some of their favorite voice actors. They are limited in space and will be incredibly unique, no two experiences the same, so make sure you attend before they fill up.

THE MARKETPLACE
Every convention has a marketplace for fans. At this convention there will be at least 100 exhibitors which will be offering autographs, photo-ops and more!

There will even be a video game stage where gamers and influencers can compete with their fans!

To break down the event a little more, we reached out to the CEO of Los Angeles Comic Con, Chris DeMoulin, for more information!

Eric Bryan Seuthe II: Thank you so much for yet again spending some time with us as I know you must be busy with the show on the horizon.

Chris DeMoulin: It is always a pleasure.

Eric: We constantly say on our site that the skilled labor of voice acting is often an underappreciated field. The talented stars within the field are just as capable, if not more so, than any skilled actor in the industry. With that said, where did the idea behind an entire convention dedicated to them come from?

Chris: First off, we totally agree about the talent – amazing! During all the CV-19 downtime, we met with all sorts of companies and talent, potential guests, and examined new ideas. One of those companies was PCB Entertainment, which is a stellar creative house and post-production studio that does a ton of voice-over work in the gaming and anime space. They had this idea and together we fully developed it into the format you see for launch in July. The core idea – a more personalized, intimate fan experience that allows the talent to showcase a broader scope of their abilities – some of the attractions were actually designed along with the talent.

Chris: My personal favorites span generations – shows like Jonny Quest, Scooby-Doo, and Looney Toons from my childhood, to all the great Nickelodeon and Cartoon Network programs I watched with my kids. I’m a huge Tom Kenny fan, but no more so than Mel Blanc or Don Messick. One of the delights of my current role is getting to meet entire casts – Jimmy Neutron, Pinky & the Brain, Powderpuff Girls – that were so meaningful to my kids and my family.

Chris: It’s a more intimate convention center, which is more appropriate for the scale of AVOX – 8,000-10,000 people/day, not 75,000. It’s a great facility, I’ve been to dozens of events there, the fans will enjoy it. And of course, since we’re running AVOX the same weekend as Anime Expo, AE is already in the LA Convention Center.

Eric: We’ve covered a couple events at the Pasadena Convention Center, and know that they sometimes piecemeal out the space to events. How much of the convention center is AVOX going to be using?

Chris: We’re using the entire campus – the Civic Auditorium, the Conference Center, the Ballrooms and the entire Exhibit Hall space. Everything but the ice rink!

Eric: I know the ticket system rotates the crowd through the event, and ticket users will be able to select their color group when they purchase their tickets, that being said I don’t see the schedule for talent on the site yet. Do you know when it will launch for the attendees to review?

Chris: We will be adding specific scheduling starting next week and then every week thereafter. And of course, we let fans know that if – when they see the final schedule – they want to adjust their color to start their day differently, we’ll be happy to accommodate that.

Eric: We thank you for creating an amazing space for Voice Actors to connect with their fans, and of course to celebrate their talents and contributions to the media!

AVOX, a two-day event, is taking place from July 2nd through July 3rd, and if you want to pick up your ticket now, they are available for purchase Here for $89 dollars a day, $149 for the weekend, or starting at $178 for the VIP experience for a day.