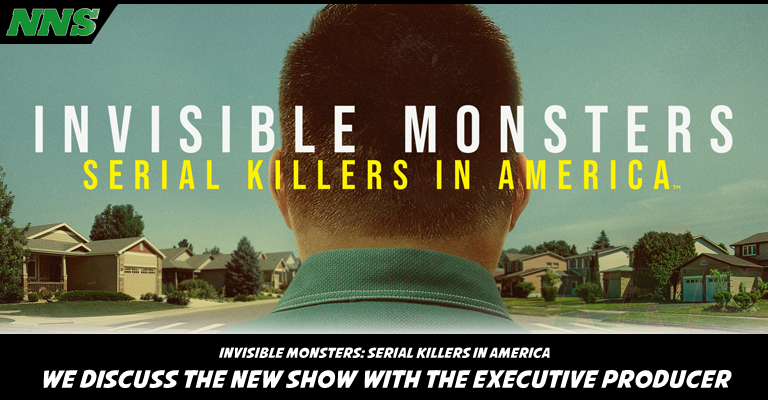 We prior announced the series Invisible Monsters: Serial Killers in America in our Prior Article, but we got the chance to talk to Stephanie Soechtig, executive producer on the series, so we wanted to give the potential audience a little more information about the pending series.

See what she had to say!

Eric Bryan Seuthe II: First and foremost, thanks for taking the time to talk with me today about Invisible Monsters. When deciding to work on this show, the topic of serial killer worship and idolization had to have popped up. Was it a concern with yourselves or A&E that some people would get the wrong message from these shows, or did the documentary series do anything to dissuade viewers from idolizing the killers?

Stephanie Soechtig: We were very cognizant of wanting to make sure that we didn’t do anything to present these men in a light that glamorized them. We even redid some of our graphics at one point to make sure that we weren’t using hero shots of them. The series placed a heavy focus on the victims and also the perfect storm of events that allowed these five men to proliferate so I feel like these men aren’t necessarily center stage because we take such an exhaustive look at the era, the culture, and the forensic capabilities that law enforcement had at the time.

Eric: Specifically serial killers are all the buzz again with the soon releasing return of Dexter for an additional season, but in reality, serial killers have always been a hot topic. With two movies released in 2019 on the topic of Ted Bundy (another on the way!), several TV series and a dearth of podcasts covering the topic, was it hard to find a new way to cover these killers for Invisible Monsters?

Stephanie: It wasn’t hard at all because no one has ever examined these five concurrently! When you weave together their stories chronologically it becomes its’ own narrative that is like nothing else out there!

Eric: Serial killers and murders have become quite the guilty pleasure of a lot of people during the pandemic, with even Saturday Night Live performing their interesting “Murder Shows” sketch. Is there any specific serial killer or murder that you had, of course, a healthy interest in, followed in your life, or were obsessed with prior to the making of this series?

Stephanie: Prior to making the series I was not one of those people that binged true crime. Making this series has certainly given me more of an appetite for the genre and I’m particularly fascinated by Dennis Radar (BTK). He is just such an anomaly and his dual personality and fetishes were so outrageous to me!

Eric: Thank you again for your time, and we can’t wait to see both series when they air!