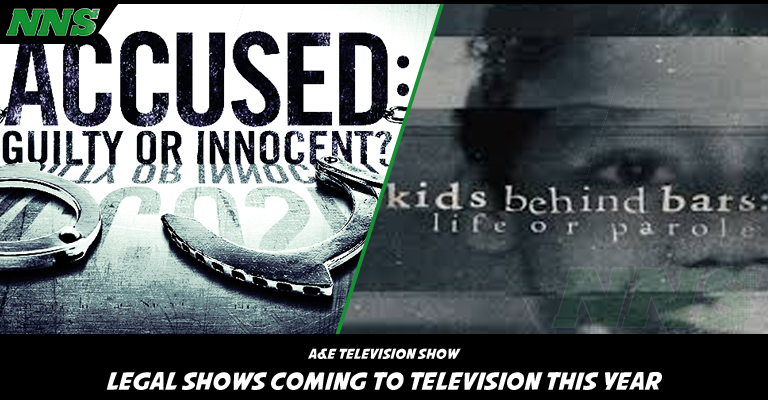 The legal system is something that a lot of people take for granted, and don’t really truly understand, take the time to study, or appreciate.

In that way, there is quite the disparity from what people know about the law, and what the law is in today’s age. In an effort to shine a light on the world of criminal justice, A&E specifically have produced a show, and is bringing a second season for another, law based program that will not only shed a light on the people caught up in the justice system. This show, although not an official course on the legal system (Duh) will educate many, but also give viewers an unprecedented view into a process that they generally may not, and definitely do not wish to be a part of.

The first of these programs is Accused: Guilty Or Innocent?.

Accused: Guilty Or Innocent? is a documentary series following the life of people accused of committing a crime from arraignment to sentencing. Viewers will gain an intimate account of each step along the journey of the trial. Each episode will focus on a new person accused of a crime, their family, and their legal team.

The audience for the show will get a chance to view the evidence presented throughout the episode, and they are encouraged to debate amount themselves on if the defendant is guilty or innocent, as the series will do their best to provide an unbiased representation.

The second of these shows is Kids Behind Bars: Life Or Parole, which is returning for it’s second season.

For those who haven’t seen the first season, the show focused on eight convicted child offenders who were sentenced to life terms, without parole. The main focal point of the episodes though focuses the recent 2012 ruling from the United States Supreme Court. The case, Miller V. Alabama, found that it was unconstitutional for a juvenile offender to be sentenced to life without parole, even if the offender committed murder.

The justice system has been turned upside down by this, as hundreds of thousands of children have been sentenced to life without parole from their crimes. Multiple states have even upheld that the decision in Miller V. Alabama applies retroactively, and that even if the offender had already expended their sentencing appeal, the change in law would still allow them to appeal again.

The new series will tell the stories of eight new previously convicted child offenders who were sentenced to mandatory life terms, without parole. With unprecedented access the documentary series will follow the offenders as they seeking re-sentencing. As they travel the journey, they do so knowing that they could just as easily be re-sentenced to life, be given a new sentence, or in the luckiest of cases, be immediately released.

The series will not only cover the journey of the offenders, but will reach out to, and give a voice to the families of their victims of the offenders crimes, who are directly affected by the realization that the offender who effected their life, may be released.

The importance of the program focuses on the justice of the situation, showing psychological reports, legal experts opinions, and interviews with the victims or their families, offenders, and law enforcement. Is it just to release these offenders, or have they not been rehabilitated after decades within the system.

The series posits the question, can juveniles who committed murder ever truly be rehabilitated?

The second season will premiere this Fall!