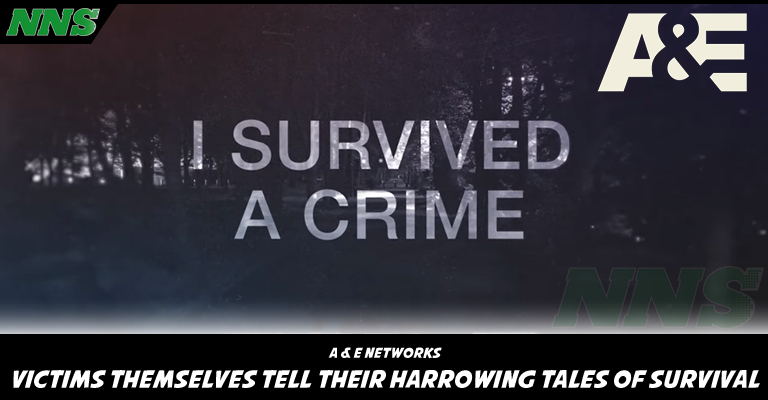 Have you ever wondered what it is like to be a victim of a crime? Then you are lucky.

If you want to know how it feels, and what it’s like, then A&E’s new series I Survived a Crime will be right up your alley.

Hosted by Gio Benitez, the series will take you through 20 episodes, each with journeys from survivors of crimes. Through the 30 minutes of the show, you’ll see the crime from videos and testimonies from the people who actually lived it. Then the show will analyze the experience, talking about the choices made, and if fighting back or avoiding confrontation will increase or decrease the likelihood of survival.

We took a minute to chat up Gio Benitez about the series.

Eric Bryan Seuthe II: Thank you for taking the time to talk with us Gio. The series really feels like a valuable addition to the law and order line up that A&E showcases, what drew you to working on this show?

Gio Benitez: We always see TV shows about crimes and the suspects behind them, but what I found unique is that this show really focuses heavily on survivors. We really zero in on the survivor’s mindset before, during, and after the experience. I was really interested in finding out what happens to these people after they survive something like this — what goes through their mind? Do they forgive the perpetrator? What did they learn? I don’t think there’s any other show on television that really does that, and that’s what made me so interested in working on this show. There is a real, tangible takeaway for viewers.

Eric: When looking into the alternative of choices that could have been made, how does the show tackle that without insulting the choices that the survivors made in the moment?

Gio: We will always remind viewers what police and safety experts say should be done, but there’s really no telling how someone will react until they are in these traumatic situation themselves. So we never make judgments about the person’s reaction, we just take you through their very human experience.

Eric: Do you feel like the lessons learned by the viewer in this series will potentially help people when or if they face these situations in their own lives?

Gio: I think there will definitely be some lessons for viewers, but I think you’re going to see pretty quickly that their reactions are very specific to the situation they find themselves in. So we want to make sure that viewers really listen to the advice we provide from law enforcement as they watch these episodes.

Eric: How did the show choose the survivors stories for the 20 episodes, and was there a specific reason that one survivor was chosen over another’s story?

Gio: Our producers have never chosen one survivor’s interview over another because we are very intentional about interviewing people who we plan to use in the show. We are very much aware that it’s incredibly tough for people to share and relive their darkest day, especially in front of national TV cameras, and we don’t take that for granted. Our show runner Karla Hidalgo thinks that when victims agree to an interview, it is a sign that they are healing and transforming into survivors. The willingness to share their story, bring awareness, and get closure is how we know they are right for the series.  We don’t want to exploit their pain. We want them to feel empowered to inspire others.

Eric: Have you yourself learned anything about surviving a crime from your work on this series?

Gio: I have no idea how I’d react in similar situations and I don’t think anyone can honestly say they’d know, but it is crystal clear that we are all instinctively programmed to survive. We see evidence of that in case after case. What’s really fascinating is the compassion we see from some of these survivors. This show is full of fascinating twists with survivors who have truly incredible stories to tell.  The fact that this is a non-fiction show about real-life scenarios makes it all the more compelling.

Eric: Thank you again for your time, and we look forward to seeing more from this series.